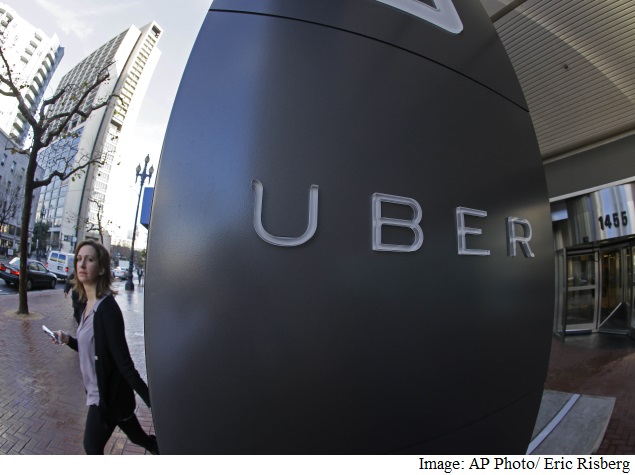 A Dutch regulatory agency raided the Amsterdam offices of taxi hailing service Uber on Thursday in connection with its UberPOP unit after a court deemed it illegal in December.

In December, a Dutch court became the latest in Europe to ban UberPOP on grounds that it fell foul of licensing laws for commercial drivers. It ordered Uber to stop offering it under threat of a 100,000 euro ($110,000) fine.

Transport Inspectorate spokeswoman Elif Bagci said there were signs the company continued to offer UberPOP, and the agency was taking evidence from company computers "to determine the scope" of Uber's non-compliance with the ruling.

Uber spokesman Ben Novick said the company is cooperating with the investigation while still "standing up for riders and drivers in Amsterdam. He said Uber believes Dutch policymakers ultimately will allow the company to operate.

"This is the second time in a week that Dutch transport inspectors have visited our Amsterdam office, and we are surprised to see them spending so much time preventing our ride-sharing product, uberPOP from operating," he said.

He said the company's technology will reduce transportation costs and create jobs.

Uber's taxi-hailing services have mushroomed since being launched in 2010 and are offered in nearly 270 cities worldwide.

But it has also been criticised for its business style of moving first and asking permission later. It has faced complaints around the world over how it pays drivers, charges passengers and ensures their safety.

UberPOP has faced injunctions in Belgium, France, Germany, the Netherlands and Spain.

Amsterdam's city council said in a March 15 report that 12 UberPOP drivers had been detained for illegally transporting passengers this year. Police say they arrested two taxi drivers in March for harassing Uber drivers.