Dropbox for Gmail Add-on Launched for Android Users, iOS Users to Get It Soon 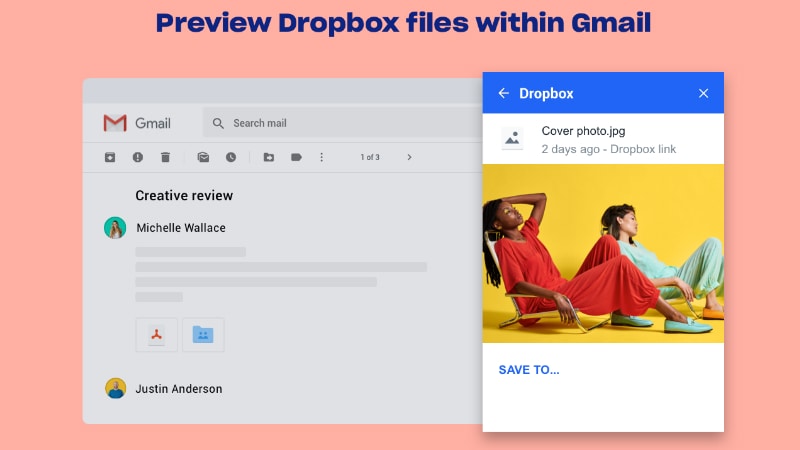 Furthering its partnership with Google, Dropbox has now launched a new add-on for Gmail that allows users to view, share, store, and save files within the Google app. This add-on is supported on all browsers and has been released for Android users as well, while iOS users should get it soon. This allows users to share any link to a Dropbox file or folder, thereby allowing you to send content of any file size, and eliminating the need of any special software requirement for viewing it. The new Dropbox for Gmail add-on is available in the G Suite Marketplace as a free download.

The Dropbox for Gmail add-on lets you save file attachments and Dropbox links from Gmail directly into your Dropbox account. Once you've installed Dropbox for Gmail from the add-ons section, it will appear in your Gmail account on the right-hand sidebar above the white (+) icon. This will allow you to access all your files and folders in Dropbox within the Gmail app, attach these files directly into your email without ever switching from one app to the other. You can even save files in Dropbox from your Gmail Inbox directly. You also can send large content files by just adding a link to any file or folder in your Dropbox, and anyone can access it without installing special software.

Dropbox announced in March that it is working on this Gmail add-on, and it has finally made it available for Android users. In March, Dropbox announced that it has partnered with Google to offer access to its cloud storage platform to G Suite users. G Suite users can also create, open, and edit their Google Docs, Sheets, and Slides files directly from within Dropbox. The company, in 2014, also tied up with Microsoft to offer Dropbox access from within Office apps, including Word, Excel, and PowerPoint.