Dropbox for Android Gets Overhauled Document Preview and Search Features 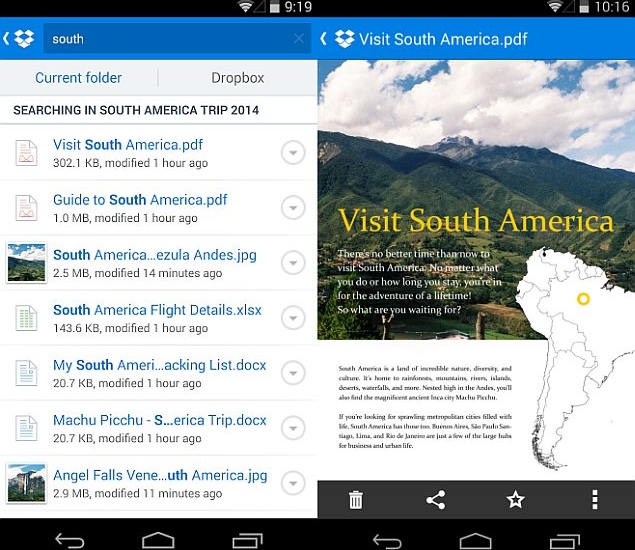 The updated version of the Dropbox app can be downloaded from Google Play, and was updated in India on Monday.

With the overhauled search feature, users will now be able to search within specific folders along with the entire Dropbox search. They will also be able to keep a track of the recent searches. The Dropbox app users will now provide "typeahead" suggestions for a search and will also highlight the matching names of files or folders for a particular search.

The updated Dropbox app for Android also gives users the ability to preview, scroll, and zoom documents (Word, PowerPoint and PDF) within the application. Meanwhile, the Dropbox version 2.4.3 has also got cache performance enhancements along with bug fixes and improvements.

The company has also noted that its Dropbox for Business users under early access program will also be able to set permissions to 'view-only' for shared folders and more from the updated Dropbox app, a features which were announced last month.

Apart from the new view-only permissions, Dropbox had introduced new Dropbox for Business APIs for developers. The firm announced users part of its early access programme will already be able to access the newly announced features, which should roll-out to all Dropbox for Business users over the next few months.