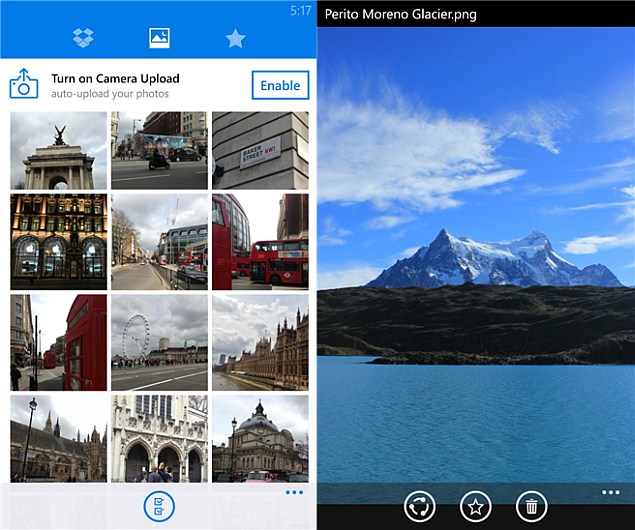 Dropbox has released the much-awaited Dropbox app for Windows Phones and tablets, soon after Microsoft further detailed its flagship Windows 10 operating system. The company announced the app for the platform back in November last year, following the partnership Microsoft announced with the cloud storage and file-sharing service for its Office suite.

The Dropbox app for Windows Phone gives users access to features such as auto backup of images, online and offline access of the user's favourite files, as well as multi-account support on a single device. The Windows Phone app also gives users the ability to feature to place any of the Dropbox folders on the start screen for quick access. 2GB of cloud storage will also be added to users' Dropbox accounts once they log in from their Windows Phone-powered devices.

The Redmond giant already has a file-sharing service called OneDrive, but partnering with Dropbox will allow it to tap the firm's more than 200 million users.

The partnership with Microsoft saw Dropbox in November also announce that Office users could access their Dropbox accounts from Office apps and edit Office files from the Dropbox app.

Twitter Launches 'While You Were Away' Recap Feature
Google Play Edition Smartphones No Longer Available on the Play Store: Report