DocStack app lets you save up to 30 documents for free, and lets you organise them into customisable folders. 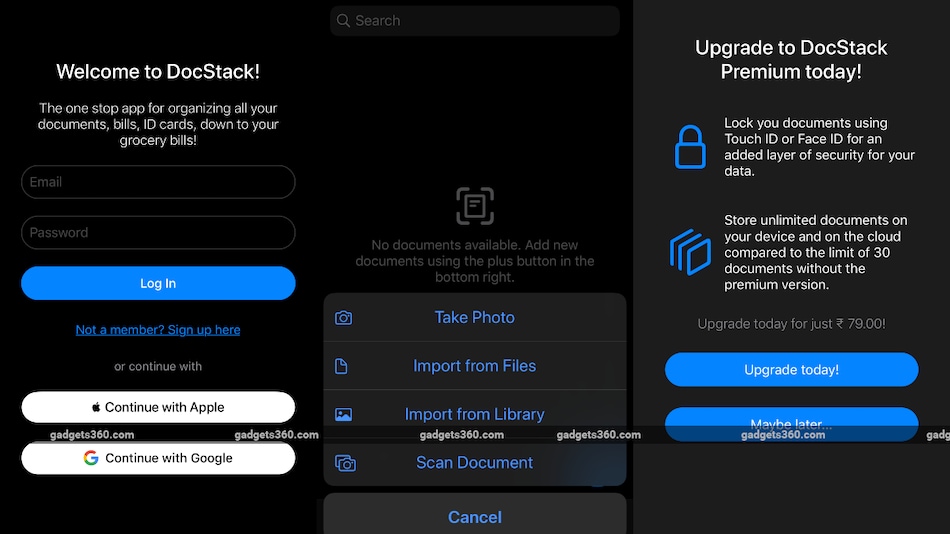 DocStack app is currently available on App Store only

DocStack, a new document scanning and organising app made by IIT students, has launched as an Indian alternative to the CamScanner app that is now banned in India. The government of India recently banned 59 Chinese apps in the country, including TikTok, CamScanner, ShareIt, and many more. DocStack looks to fill the void left behind by CamScanner, and this app was built in record time by students of Indian Institute of Technology Delhi. The app description reads, “It not only lets you take pro quality scans on the go, but the universal search feature lets you find documents easily when you need them the most.”

The DocStack app is available on iOS App Store only for now, and as mentioned, it is built by the students of IIT Delhi. The app is free to download, but there is a premium subscription for added features like unlimited documents storage and additional security layer of Touch ID or Face ID for document safety. In the free version, DocStack lets you store up to 30 documents only. Just like CamScanner, you can save digital copies of your bills, visiting card, medical records, credit card bills, ID proofs, and even your grocery bills in an organised manner. Documents can easily be grouped into customisable folders instead of saving them in the photo library.

Users have to sign up on boot to be able to use the DocStack app. Secure log-in options like Sign in with Apple are available. While the app works fine, we noticed that earlier scanned images cannot be edited. Also, the app apparently doesn't have the option to change the format from PDF for the scanned images. In any case, this new DocStack app was built by IIT-D students in just two weeks after the Chinese ban was announced.

The app has a universal search feature that makes for easy discovery of documents. All of the data is stored on cloud and synced across devices for consistency, and the DocStack app also allows for sharing of data as well. To try the app, iPhone users can download it from the App Store for free.