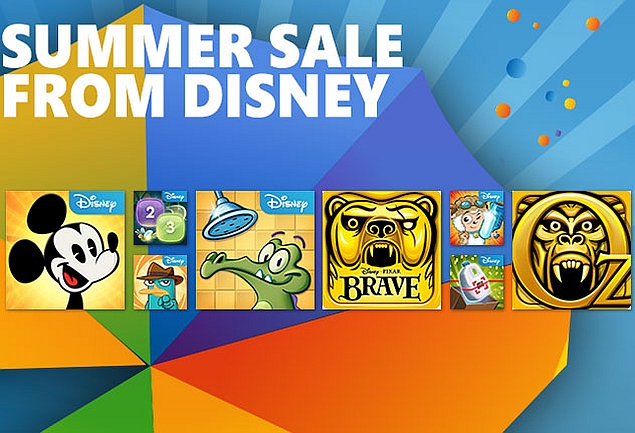 "Continuing our tradition of rewarding loyal Lumia owners, Microsoft and Disney are giving away an exciting range of games worth more than $17 (or the equivalent value in local currency) through June 17," says Microsoft's Lumia Conversation blog post. The list of games featured in the promotional offer include titles from different genres such as puzzles, adventure, and arcade.

Where's My Perry, which also is the costliest game in the list, lets users solve physics-based puzzles by completing missions. Where's My Water?, Where's My Water? Featuring XYY and Where's My Mickey? follow the same gameplay style but with different levels and challenges. In Temple Run: Oz users can run as both Oz and China Girl earning in-game coins, which in-turn will unlock more achievements in the video game. Temple Run: Brave is also based on the similar gameplay design.

Disney Solitaire, as the name suggests will let users play 120 levels of Solitaire game based on adventures of Peter Pan and The Lion King. While the Lost Light is a puzzle adventure video game where users manoeuvre through forests and help animals, the Disney Checkout Challenge is a fast-paced game title where users have to grab certain grocery items and checkout as quickly as possible.

Microsoft a week before also announced that until November 30, any user who buys a Lumia device would receive a gift pack from Gameloft worth $90.