Discovery Plus App Debuts With Exclusive Content Across Over 40 Genres, Support for 7 Indic Languages

The new app is available with an introductory subscription price of Rs. 299 per annum or Rs. 99 a month. 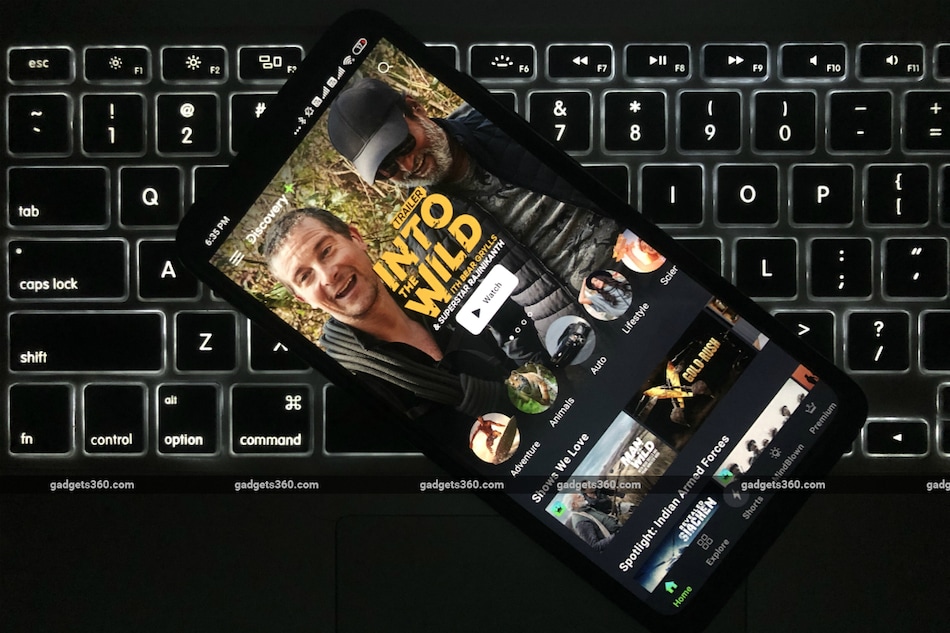 Discovery Plus has been launched as Discovery's over-the-top (OTT) offering to provide a range of exclusive content across over 40 genres, including Science, Adventure, Food, and Lifestyle. The new app, which is claimed to be developed and curated specifically for India, supports six Indic languages alongside English and Hindi. The Discovery Plus app is also touted to offer rewards through Google Pay. To gain some eyeballs, Discovery is airing Bollywood star Rajnikanth's TV debut show ‘Into the Wild With Bear Grylls' first on the new app -- hours before broadcasting its television premiere on March 23.

The Discovery Plus is available with an introductory subscription price of Rs. 299 per annum or Rs. 99 a month. The app will initially be targeted at TV infotainment viewers across Tier-I and Tier-II towns.

To attract masses in the country, the Discovery Plus app supports eight languages, including Bengali, English, Hindi, Kannada, Malayalam, Marathi, Tamil, and Telugu. It is touted to host a vast range of “never-seen-before” Premium Discovery titles as well as must-watch documentaries, India originals, and various exclusive acquisitions. Further, the app includes a channel called Shorts that will have hundreds of free short-form videos.

In terms of curation, the Discovery Plus app curates content from brands such as Discovery Channel, Animal Planet, BBC, TLC, Discovery Science, Discovery Turbo, ID, Food Network, HGTV, Cooking Channel, Travel Channel, DIY Network, Motortrend, and Vice. It is also claimed to stream exclusive videos including behind the scenes of Rajnikanth's TV serial that will be aired first on the OTT app at 6am on March 23 -- before its television premium that is scheduled for 8pm.

The Discovery Plus app will also bring rewards such as up to 100 percent discount on its annual subscription through Google Pay. Viewers who want to participate in the reward programme need to use the ‘On-Air' feature of the Google Pay app.

Discover claims it has conducted multiple consumer research studies to make the latest app distinct from the competition. Nevertheless, the Discovery Plus app appears to be an answer to the debut of the Disney+ service through the Hotstar app that brings a range of infotainment content via National Geographic. A Display+ Hotstar app is already available to many Hotstar subscribers under beta, though a full-fledged app launch is taking place on March 29.

Meanwhile, you can download the Discovery Plus app by visiting Google Play or Apple App Store -- depending upon your device. The app does have a subscription-based model, though you can watch several videos without spending any money, albeit with ads. It's interface is just reminiscent of what you have on Netflix. However, it presently doesn't have the option for watching content offline.