Discord’s Stage Channel will be available on multiple platforms. 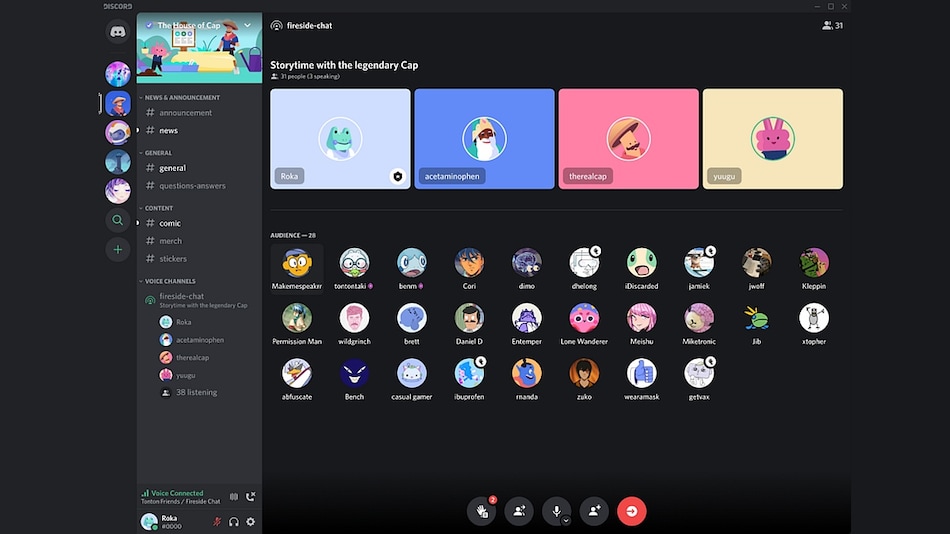 Discord’s stage channel mimics the layout of a physical stage

Discord's Stage Channel is the latest audio-only chat rooms feature to rival the likes of Clubhouse. The company announced that its new feature will be launched on all platforms where Discord is available — Android, iOS, Linux, macOS, Windows, and the Web. Earlier this month, some users on Reddit were able to view the Stage Channel on Discord but were not able to use it. Clubhouse was launched in April 2020 and has become an internet sensation very quickly. Following its footsteps, Facebook, LinkedIn, Twitter, Telegram, and Mark Cuban's Fireside are bringing their own audio-only chatrooms.

Announcing the new feature through a blog post, Discord revealed that it is unveiling its Clubhouse rival through a new feature. The Stage Channel will allow audio-only calls that will be meant for larger audiences. It will allow only a select number of primary speakers where the rest of the audience can request to speak. However, this feature is only available for Community servers that have some additional powers, compared to a regular server on Discord.

The new feature will come in handy for conventions, voice ask-me-anything (AMA), interviews, and book clubs where it becomes easier to focus on who is speaking and who is waiting for their turn to speak. Audience members can ‘raise their hands' to get a chance to speak in the conversation.

Clubhouse, at the moment, is only available on iOS but CEO and founder Paul Davison has announced that the company is working to bring the app to Android soon. The announcement came after many Android users were hit by the BlackRock malware after downloading malicious apps from Google Play store. Telegram has also launched its rival to Clubhouse — Voice Chats 2.0. It lets users conduct audio-only calls with unlimited participants. Telegram also lets users record voice chats, hand-raising mechanism, invitational links, and voice-chat titles.