Developers Can Now Price Their Paid iOS Apps as Low as Rs. 10 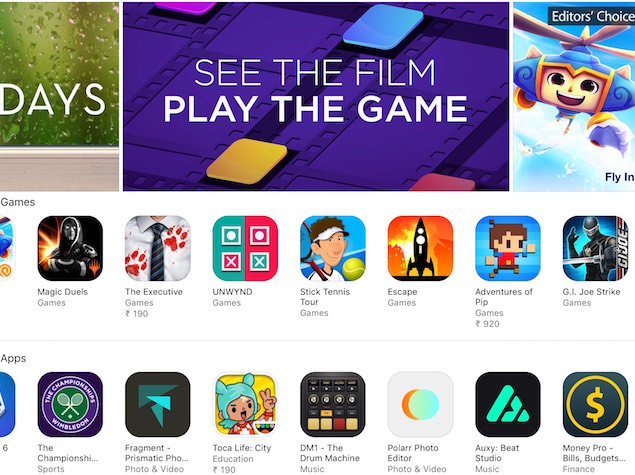 Apple has announced new pricing tiers that will enable developers to price their paid apps as low as Rs. 10 for customers in India.

All prices in App Store are set against the US dollar (USD), and the lowest a developer can price an app - other than making it free of course - is $0.99. In markets outside the US, Apple has traditionally charged the local currency equivalent of the USD price, as calculated against a fixed (but periodically revised) exchange rate. The exact pricing in each market is shown to developers as a part of the Pricing Matrix available under iTunes Connect.

Apple notes that developers already using the Alternate Tier A and Alternate Tier B price tiers on the Chinese App Store will see prices for their apps in the above mentioned countries updated to reflect the new pricing structure. Other developers will need to opt in to the alternate pricing tiers to avail their benefit. The lowest price for a paid app in these regions now stands at 5 Peso in Mexico, 1 Yuan in China, 3000 Rupiah in Indonesia, Rs. 10 in India, 15 Rubles in Russia, 0.59 Lira in Turkey, and 3.99 Rand in South Africa.

The move is extremely pragmatic on Apple's part, and if it finds widespread adoption amongst developers, could encourage people to loosen their purse strings to spend on apps where they otherwise wouldn't. Many still see Rs. 60 as too high a price to pay for an app, but Rs. 10 is unlikely to invoke the same sentiment. Any potential loss of revenue for developers by opting in for the low-price tiers is more than likely to be offset by increased volume of sales.