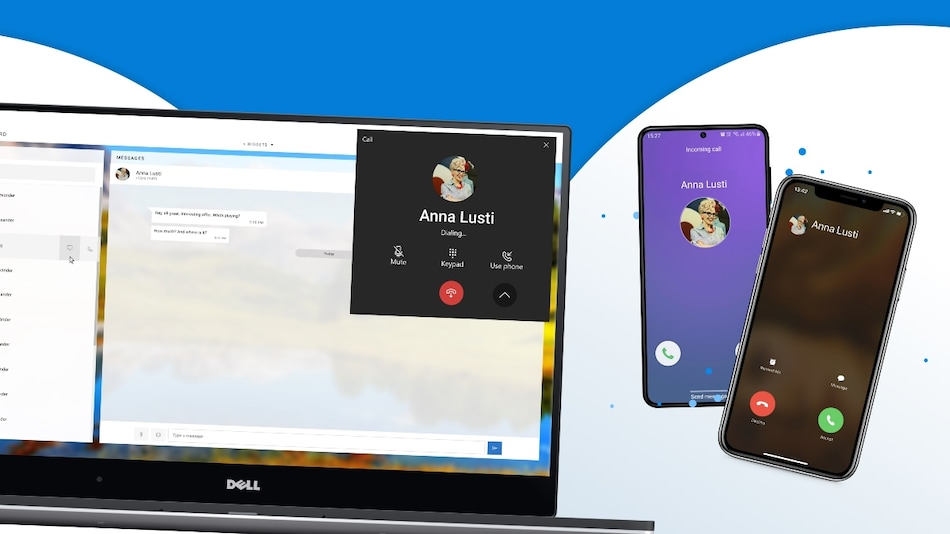 Dell is retiring its Mobile Connect app and it will soon be unavailable to download globally. The application is used to sync a smartphone's text messages, calls, notifications, and more to a PC. It enables users to send text messages and make phone calls through their computers. The Mobile Connect application came pre-loaded on all Bluetooth-enabled Dell Inspiron, Vostro, G-Series, and XPS devices with Windows 10 or higher. Alienware computers get a reskinned version of this app named Alienware Mobile Connect, which offers the same functionality. This app is compatible with Android and iOS devices.

The support page of the Dell Mobile Connect app mentions that it will be delisted from its website on July 31 for all countries except the US, Canada, and Japan. The app will stop functioning later this year on November 30. Meanwhile, for the above-mentioned three countries, Dell Mobile Connect will get delisted on November 30 and will be discontinued next year on January 31.

Dell has also mentioned on the support page that it recommends users to uninstall the Dell Mobile Connect app before their regional discontinuation date. This would supposedly ensure an optimum device experience for the users.

To recall, the Dell Mobile Connect app was first showcased at CES 2018. It came pre-loaded on Dell laptops starting from January 2018. Apart from messaging and calling, the app features screen-mirroring functionality and can operate without the internet.

However, this app does not come pre-installed on the Dell XPS 13 Plus 9320 that was recently launched in India. This laptop features a 13-inch four-sided Infinity Edge display with a UHD+ screen. It is powered by a 12th Gen Intel Core 28W processor. Its pricing in India starts from Rs. 1,59,990 for the ADL-P Ci5-1240P 12 Core model.