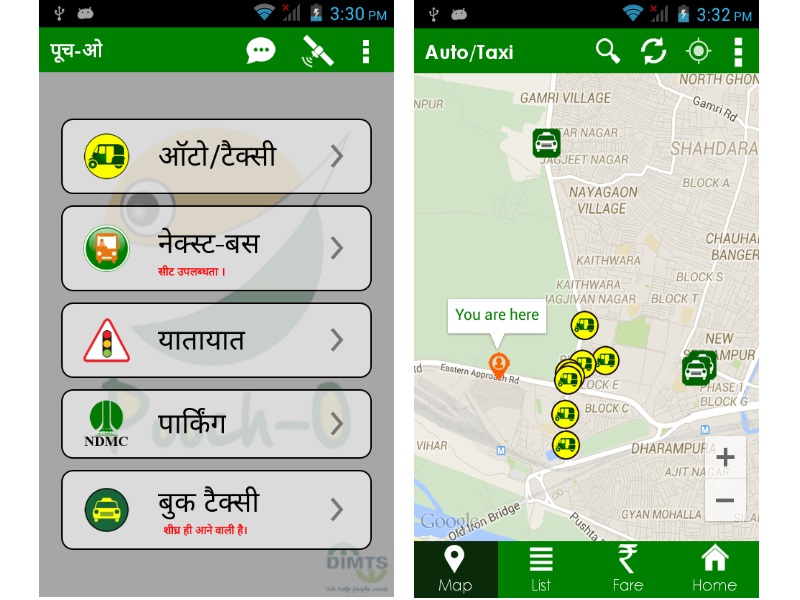 Delhiites will be able to book auto rickshaws using their smartphones by the end of this month on the lines of app-based taxi service providers in the national capital.

In July last year, Lt Governor Najeeb Jung had launched PoochO app which allows people to access the DIMTS database of registered drivers' mobile numbers and call them up to book a ride. However, most auto rickshaws could not come under this app.

"We have decided to relaunch PoochO app with additional features on October 22 through which people can book auto rickshaws using the same. All the city's autos will come under PoochO app," Rai told reporters in New Delhi.

PoochO app can be downloaded on phones from Google Play store and thereafter, people have to ensure GPS of their phone is on and can find out auto nearest to them.

According to the minister, government will on October 15 announce a mobile number on which drivers of auto rickshaws will be required to send their mobile numbers so that they can register themselves with PoochO app.

"We have got to know that the several mobile numbers of drivers, who were registered with this app, have been changed. We will ask auto drivers to send their new mobile numbers on the new DIMTS helpline to be launched on October 15 so that they can get passengers through PoochO app," Rai said.

The transport minister also said that government Thursday held a discussion with representatives of auto unions who put their suggestions to make this app better.

"A presentation was also held on this issue today. We got suggestions from auto unions and we will consider them," he added.