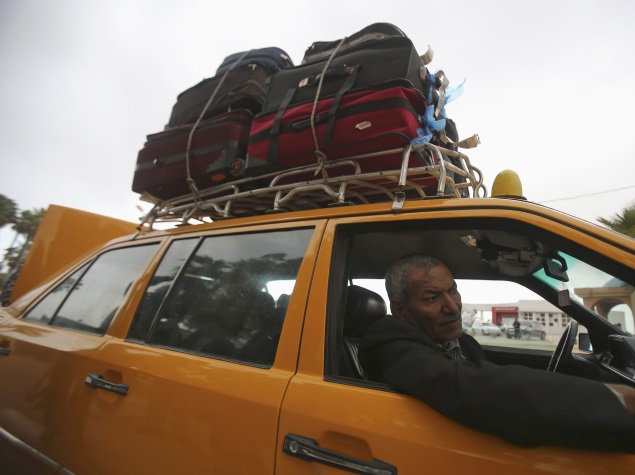 Efforts by Uber and three other companies to procure licences to run cab services in the national capital hit another roadblock with Delhi government finding deficiencies in their applications.

The government has asked these taxi providers to furnish all details before it as mentioned in recently introduced "Modified Radio Taxi Scheme (2006)".

Uber, which was banned two months ago after one of its drivers allegedly raped a woman, had applied for licence on January 22 to operate an app-based taxi booking service through its subsidiary Resource Expert India Pvt Ltd.

App-based taxi operators Ola Cabs, Taxi For Sure and another operator had also applied for licences.

Delhi government has found "discrepancies" in the applications and asked the companies to furnish all the required documents as mentioned in the Modified Radio Taxi Scheme (2006) which was finalised on January 1 following the outrage over rape of the woman on December 5 allegedly inside the Uber cab.

Sources said that the three app-based taxi providers in their applications did not provide full details for procuring a licence according to laid down rules.

"In Uber's application, certificate/undertaking for parking of radio taxis was not provided. They also did not mention telephone number, e-mail address and address proof of their registered office in Delhi.

"Besides, call centre management details were also not provided in the application," a top source said.

The sources also said that in the application of Taxi For Sure, details of drivers and undertaking of induction schedule were not provided.

"Certificate/ undertaking for parking of radio taxis was not provided in Taxi For Sure's applications. Call centre arrangement details and print out of of Web portal were also not provided," the source added.

Similarly, the government also found some deficiencies in the application filed by APRA Cabs India Pvt Ltd which had applied for licence under the brand name of "Ola Cabs".