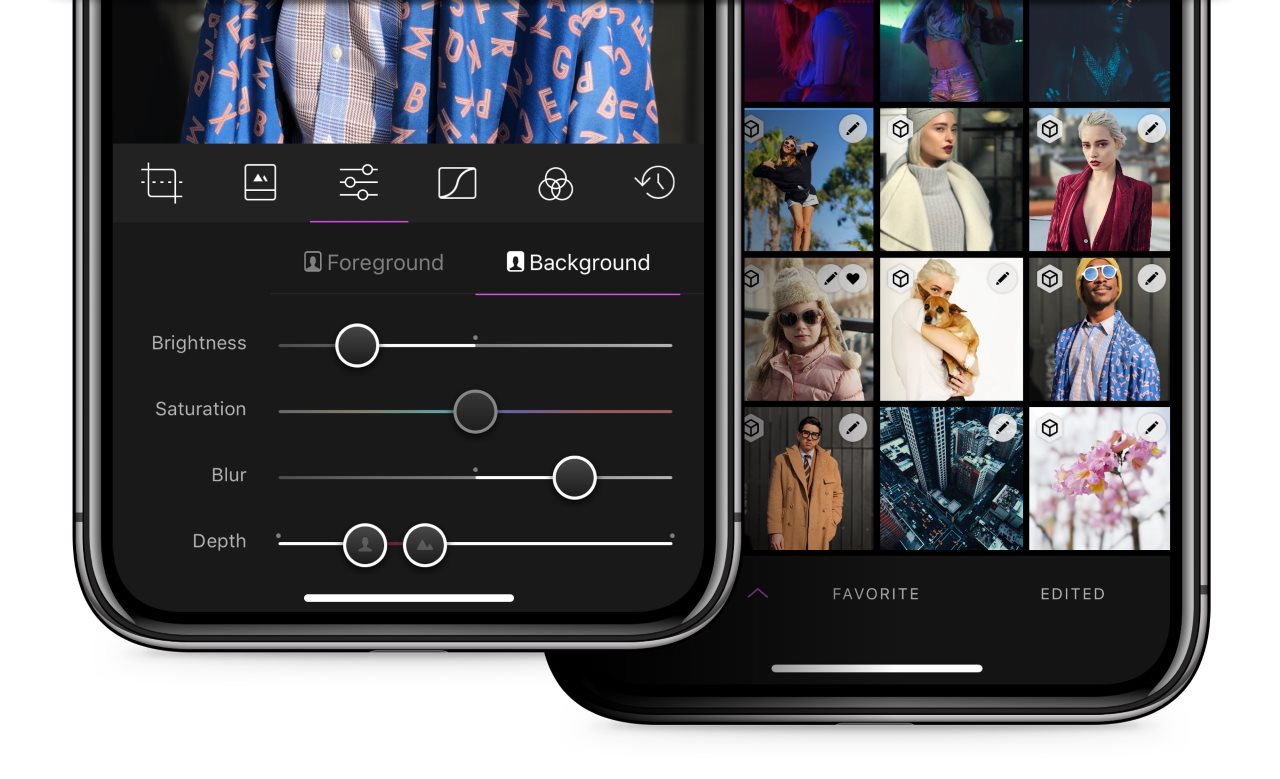 One of our favourite photo editing apps for the iPhone, Darkroom, just got better. Its newest update – Darkroom v3.5 – is available from Thursday on the App Store, and brings depth editing among other additions, which means you can now get more out of your Portrait mode photos on the iPhone X, iPhone 8 Plus, and iPhone 7 Plus. With depth editing, you can individually play with settings such as brightness, saturation, blur, and depth distance with both the foreground and background, allowing you to make changes that are only possible with special lenses, the developers claim.

With the new Darkroom, these depth-enabled features are also coming to the app's filters section, which now have a bunch of depth-aware options. "When you apply a Portrait filter to a Portrait image, Darkroom will automatically apply necessary edits to take advantage of the depth data to make your photos pop even more," Darkroom's co-founder Majd Taby explained. These new filters are free for those who already own the Premium Filters in-app purchase, which costs Rs. 599.

The third big addition is "extended-range" RAW editing, which is fancy talk for saying that you can now get more out of your iPhone RAW photos. Darkroom claims the new v3.5 update brings more detail, and the RAW engine has been rebuilt to pull out more detail from highlights and shadows. And lastly, Darkroom has enabled its side of the integration with Halide, one of the best RAW camera apps on the iPhone, so you can seamlessly switch between the two if you have them installed.

We spent some time with the new Darkroom this week, and found the depth editing feature quite useful in certain situations. Since it allows you to control background exposure without affecting the foreground, you can essentially create a subtler version of Apple's Portrait Lighting effects, while still keeping much of the background intact. And thanks to the depth slider, you can control where the separation occurs, though it can be hit-and-miss since you're working with phone optics.