Banned by the censors in China, Clubhouse is gaining traction in parts of the Gulf. 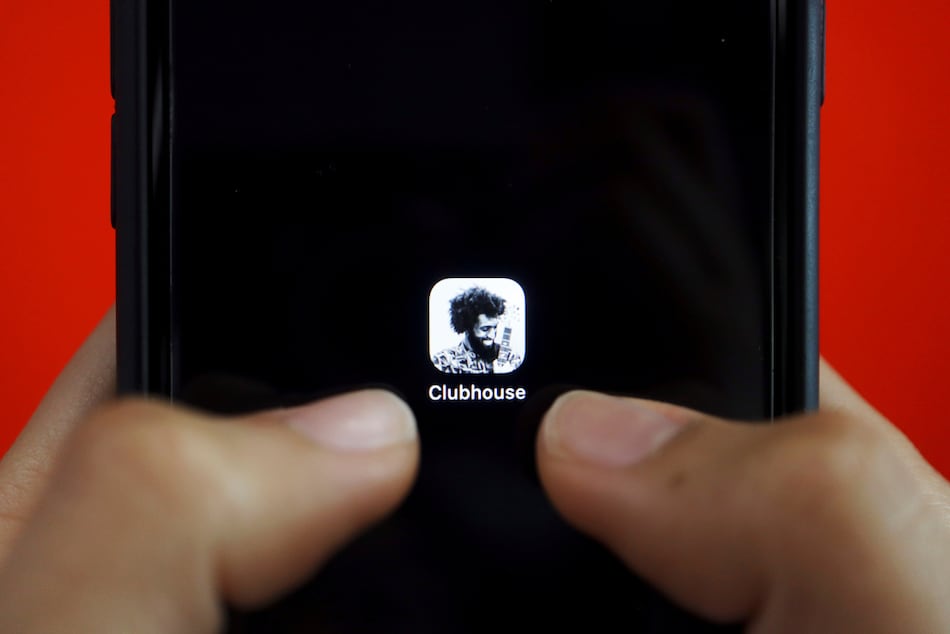 Banned by the censors in China, the invitation-only app is gaining traction in parts of the Gulf, sparking bold conversations in countries known to curb free speech.

The most provocative appear to be happening in chat rooms focused on Saudi Arabia, where nationalist trolls and a government crackdown on online critics have largely stifled debate on other platforms.

Such is the popularity of the app that some users in the kingdom are offering to sell Clubhouse invitations on Twitter, highlighting a repressed appetite for debate and discussion despite the fear of surveillance.

"Clubhouse is thriving because there's a plethora of Saudi intellectuals interested in debating multiple topics that could be considered taboo or censored in the public realm," Amani al-Ahmadi, a US-based Saudi-American activist, told AFP.

But after Ahmadi recently hosted a chat on "racism in Saudi Arabia", Twitter was splashed with screenshots and videos revealing the identity and opinions of the participants, alongside conspiracy theories about their motives.

The tactic, which sparked fears that app users were being monitored, marked a breach of the rules set by Clubhouse, which forbids the recording of conversations.

A similar Clubhouse room created to discuss the recent release of jailed activist Loujain al-Hathloul had to be shut down after some speakers threatened to expose them publicly, according to two sources privy to the session.

"This is still a new platform and there are many concerns when it comes to security."

Clubhouse did not respond to AFP's request for comment on the reported breaches.

'Free thinking'
In a sign that some may already be self-censoring on the platform, many begin their talks with the proviso "I'm inside" the kingdom or "I'm in a sensitive place", a Saudi user of the app told AFP.

But despite the risks, many Saudis are participating in free-wheeling discussions that capture the zeitgeist of a largely young population.

In one chat room, a Saudi woman bemoaned the lack of civil liberties in the absolute monarchy.

"Thinking freely carries a great cost, it can cost your life, can send you to prison," she said, according to participants.

"We are not barn animals... It is our right to think and our right to protest like any other nation. This is the simplest right of citizens."

In another, a Saudi lauded new employment opportunities for women in the kingdom, but said they came at a huge cost.

"We are now walking down the path to equality," she said.

"But many Saudi men have become resentful and ask: 'Why is it that women have more job opportunities than me?'"

And in another, a transgender woman from the kingdom shared her chilling experiences of being publicly groped and harassed, according to app users.

'Filling a void'
Such unrestrained conversations have sparked furious calls for state regulation from government supporters.

"The acrimony that its discussions can generate could harm society as a whole without any organisational or ethical constraints," Salman al-Dossary wrote in a Saudi newspaper column titled "Clubhouse's moral dilemma".

In an online video, Saudi academic Fahad al-Otaibi went as far as to say that Clubhouse posed a risk to the kingdom's national security.

Saudi app users say it is only a matter of time before pro-government trolls assert control over the platform's activities — just like they did with Twitter.

In recent years, regime critics have been jailed over tweets, underscoring how social media has become a weapon of authoritarian rule, campaigners say.

"Clubhouse is filling a massive void right now, and its popularity in the Gulf shows that people have been waiting for a new avenue to express their opinions, explore ideas and debate freely and without censorship," said Ahmed Gatnash, co-founder of the Middle East activist group Kawaakibi Foundation.

"I do fear that the Saudi government will either crack down by banning the app, or surveil rooms and arrest people for exercising their right to free speech, as they did with Twitter in recent years," Gatnash told AFP.