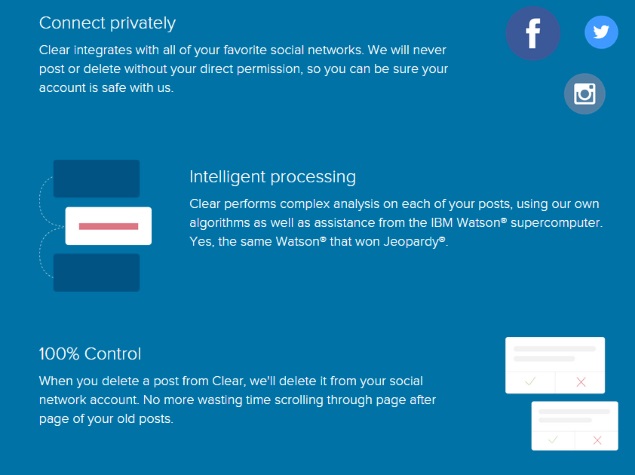 Have your social media observations and statements ever come to haunt you during a job interview? That happens with many people, but there is a remedy for it now.

A new app is here that can clear up all your loud thinking that you blurted out on the social media in a fit of rage or after downing a few drinks, and which your potential employers may consider 'negative'.

When he got his dream job working as the chief technology officer (CTO) of Jeb Bush's political operations, his social media past came back to haunt Ethan.

When someone found a bunch of jokes that he had tried out on Twitter years earlier while studying improvisational comedy in California, Ethan Czahor was fired.

"Unfortunately, my Twitter feed was unearthed, spun completely out of context to make me appear as someone I am certainly not, and I lost my job," he wrote.

He created the app, Clear, "to make sure situations like mine never happen to anyone ever again".

Then you can go through and choose which of those posts to keep, and which to clear away for good.

The app looks for fairly obvious expressions of negativity or disparagement - such as "gay" that ranks as 100 percent negative on the app's sensitivity report - to less obvious ones, such as "America".

Delete all or your potentially negative messages, and the app will declare you "100 percent clear". 'Clear' is currently in beta for iOS.

There is one glitch though - if someone has already screen-shot your feeds, there is little this app can do!