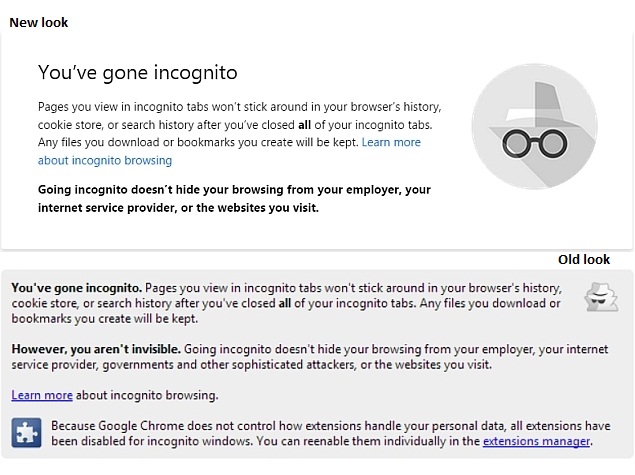 Google on Wednesday announced the stable build of Chrome 36 for Windows, Mac and Linux operating systems, as well as for Android.

The Chrome update for desktop contains a number of fixes and stability improvements. The changelog details that the design of Incognito/Guest NTP has been updated, but no further details have been provided. It appears as if only the new incognito tab design has been changed, giving the same warnings in a new cleaner white-background layout. Chrome 36 also adds a 'browser crash recovery bubble', brings improvements to Rich Notifications, and also introduces the Chrome App Launcher for Linux.

Google says it has also fixed around 26 security issues with Chrome 36 update that were particularly known or were either contributed by external researchers. Users can also contribute by fling a bug on Chromium page.

Additionally from a Google+ post, the company has also informed that it has brought developer features from Chrome 36 beta to its stable Chrome 36 update, such as "HTML Imports, Object.observe() and more".

For Chrome 36 for Android, the changes are quite minimal. Along with the bug fixing and performance improvements, the Chrome 36 browser for Android has brought improved text rendering for non-mobile optimised sites. Google also says that now doodles have been brought back to the new tab page. The bug fixing update also includes fixes to address issues from OpenSSL 1.0.1h, an Undo tab close option, full-screen video playback with subtitles and HTML5 controls, and support for multi-window and Chromecast.
Comments

Thor Is a Woman, Captain America Is Black, and We're All Right
BlackBerry Assistant Unveiled to Counter Cortana, Google Now, and Siri