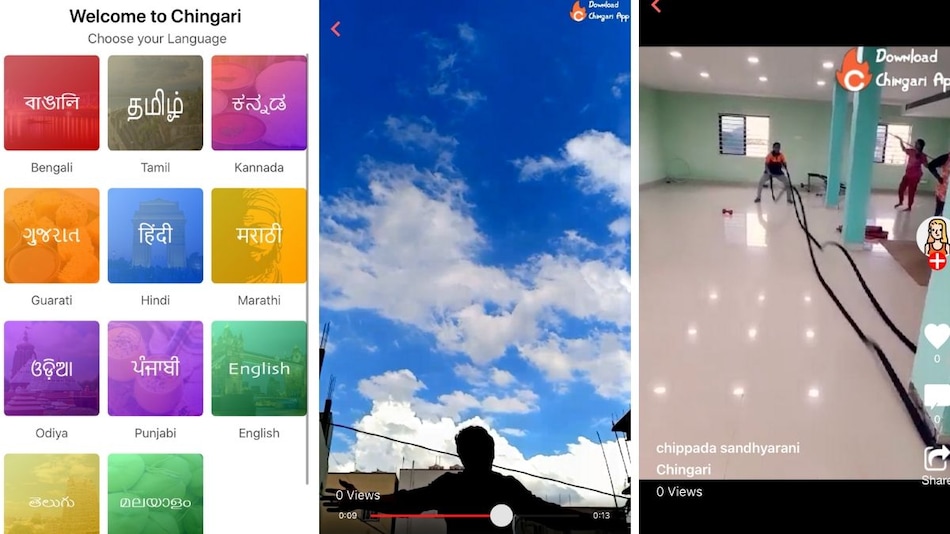 Chingari offers money to users based on views

India's Chingari app has seen a sudden surge in views and downloads after the TikTok ban announcement. The app, which is a TikTok alternative, crossed 25 lakh downloads recently amidst the growing anti-China sentiment in the country. Co-founder Sumit Ghosh shared data to prove Chingari is growing even faster since last night and it is currently enjoying 10 lakh views per 30 minutes. He also shared that Chingari saw as many as 1 lakh downloads per hour last night.

Ghosh took to Twitter to share Chingari user views after the ban of TikTok in India. He shared StreamView app analytics data to confirm that Chinagari is getting 10 lakh views per 30 minutes. Last night after the ban, Chingari also saw 1 lakh downloads in just one hour. Because of the sudden surge, Ghosh noted that the app's servers also crashed last night, but were soon up and running a few hours later.

The Chingari app enjoys 4.7 star rating out of 5 on Google Play store. This TikTok-like app was founded by two Bengaluru-based programmers, Biswatma Nayak and Siddharth Gautam. The app was first launched on Google Play in November 2018 while it debuted on iOS in January 2019. The app is free to download and has an interface that resembles TikTok a lot. It is available in multiple Indic languages - Hindi, Bangla, Gujarati, Marathi, Kannada, Punjabi, Malayalam, Tamil, and Telugu. Chingari users get points (per view) for their videos, which later can be redeemed for money.

TikTok was banned in India, alongside 58 other Chinese apps, on grounds of prejudice ‘to sovereignty and integrity of India, defence of India, security of state, and public order.' Due to the rising anti-China sentiment in the country, another TikTok rival Mitron app recently hit 1 crore downloads on Google Play.