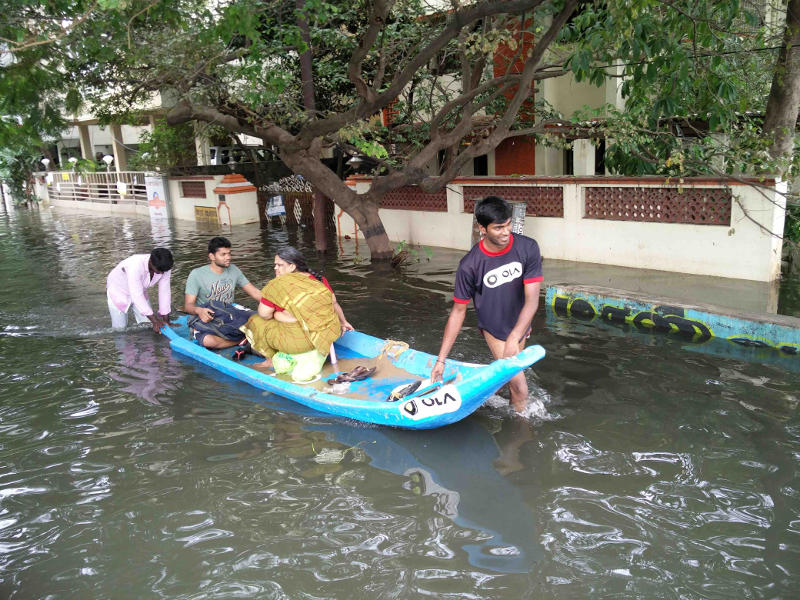 Boats deployed by Ola were used to ferry people to safer areas and to distribute essential supplies like food and drinking water in affected areas, the company said.

The boats were deployed the basis of information from the Fire and Rescue department, Ola said in a statement, adding that the service would be available for the next three days and will be extended if the water-logging continues.

"While we are addressing the increased demand for transportation in city, we are working closely with local stakeholders to help ferry those stranded in water-logged areas," said Ravi Teja, Ola, Business Head (Tamil Nadu).

Ola did not have any in-app integration to carry out its rescue operations, through it was mentioned in jest by a Twitter user. The hashtag #Olaboat is currently trending on Twitter in Chennai.

Chennai came to a halt on Monday, with after receiving an estimated 23 to 37 centimetres of rain on a single day. Many parts of Chennai, including roads in the IT corridor, including Velachery, Tambaram, Old Mahabalipuram Road, Anna Nagar and Koyambedu were waterlogged.