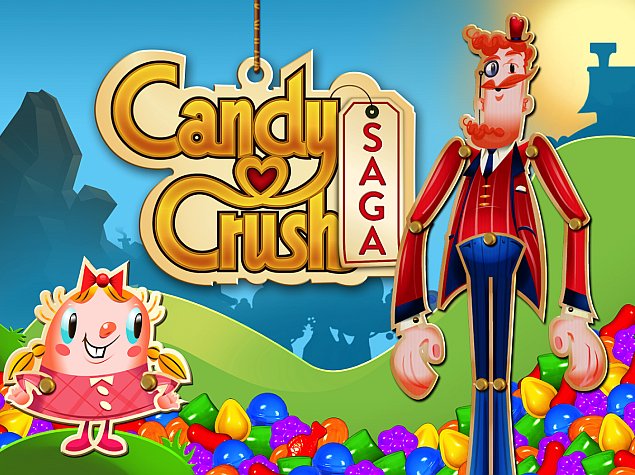 Candy Crush Saga users spent a whopping $1.3 billion (roughly Rs. 8,070 crores) on in-app purchases in 2014, a report has revealed. Most of the purchases are said to have been for extra lives, extra moves, colour bombs, lollipop hammers, and gold bars.

While that's an impressive number, considering the fact that the game clocked over $1 billion in revenue in just the second half of 2013, it's a bit of climbdown from its heady days. The best quarter the game's even seen was in Q3 2013 when it garnered $551 in revenue, and the numbers have steadily declined since.

Launched in June 2013, Candy Crush Saga by King Digital Entertainment Plc, is currently on the third spot under the highest grossing apps section on Apple's App Store in the US. Its sister gaming app, Candy Crush Soda Saga is at sixth position. Candy Crush Saga represents 45 percent of the total revenue for Q4 2014, analysis of the company's latest financial results by The Guardian has revealed.

With revenues from its biggest title in decline, King is said to working on different games to avoid relying on Candy Crush Saga for its profits for long. In August, when King Digital Entertainment showed weak Q2 figures, investors had raised concerns that unless King delivers a set of consistent and long-lasting hits, apart from Candy Crush Saga" it might suffer the same fate as Farmville maker Zynga Inc and Angry Birds developer Rovio Corp, which are struggling to retain players.

Zynga reported lower-than-expected quarterly bookings on Friday with as releases such as New Words with Friends having failed to excite gamers. Zynga reported bookings of $182.4 million (roughly Rs. 1,130 crores) for the fourth quarter. Analysts on average had expected $201.5 million (roughly Rs. 1,250 crores), according to research firm StreetAccount. The mobile games company said it would close its Beijing office by June 30 and lay off all 71 employees.