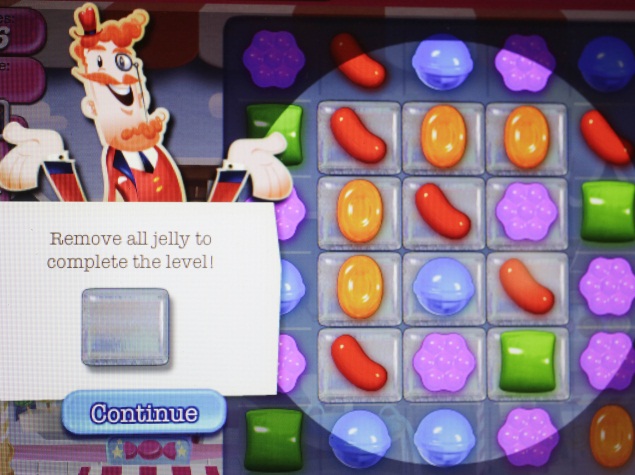 King Digital, the company behind the wildly mobile game "Candy Crush Saga," is scheduled to make its debut on the New York Stock Exchange this week.

The company could be valued as high as $7.6 billion if its initial public offering prices at $24 per share, the upper end of its expected range. That's nearly twice as much as its closest rival Zynga Inc., the creator of "FarmVille."

Unlike Zynga, however, King is profitable and has less than a third of Zynga's employee base.

The company is offering 15.5 million shares. Existing shareholders are offering another 6.7 million. King expects proceeds of $326 million from the IPO.

Still, some analysts have wondered whether King is destined to become another Zynga, which was also riding a wave of popularity when it went public in 2011, thanks to "FarmVille."

Already, King has seen a sequential revenue decline between its third and fourth quarters.

He called the expected IPO price range for the company a fair value for King, noting that it's cheaper than top video game publishers and "seems fair given King's revenue concentration" in just a few titles.

Bhatia points out that while King has a portfolio of more than 180 games, its revenue is concentrated in just three. "Candy Crush Saga," "Pet Rescue Saga" and "Farm Heroes Saga" made up 94 percent of all bookings in the fourth quarter.

The company is expected begin trading Wednesday on the NYSE under the ticker symbol "KING."