BlackBerry says no ads in BBM chats, only Channels to get sponsored content 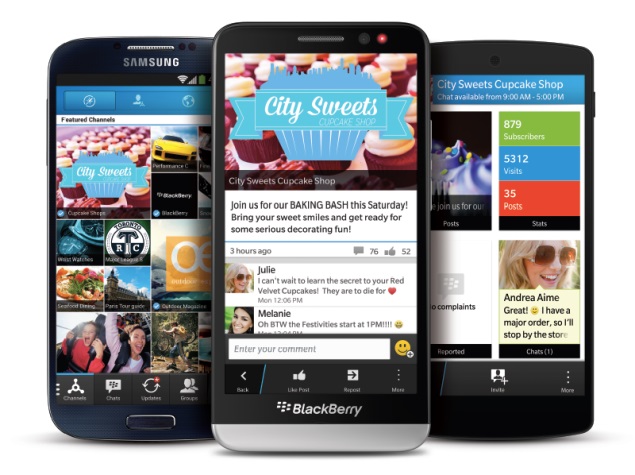 We have been hearing reports about BlackBerry testing advertisements on its popular cross-platform messaging service - BBM or BlackBerry Messenger. The Canadian company on Tuesday confirmed it will be infusing advertisements in BBM Channels, however BlackBerry notes, "This is not traditional advertising by any stretch of the imagination."

The blog post by Jeff Gadway, head of product and brand marketing for BBM, describes the three ways BlackBerry will be promoting sponsored content on BBM Channels - featured placements, sponsored invites, and sponsored posts. Gadway also reassured users about their privacy, and stressed that the company will be strict about the amount of sponsored content pushed to the BBM Community.

By defining certain characteristics like age, location and interests, channel owners can 'invite' select BBM users to join their channel. These invites will appear in the invites tab of BBM, clearly marked as sponsored invites. As with invites from contacts, BBM users will have the control to accept the invite from the channel owner (subscribing them to that channel) or decline the invite.

If a BBM user declines an invite they will not receive invites from that channel in the future. BBM will be tightly controlling the number of sponsored invites a given BBM user will receive. We anticipate that we will limit these to a maximum of three per month. We will also control which brands/businesses are able to utilize Sponsored Invites; we want our ecosystem to be populated with high-value content that our users will find engaging.

Within the Updates tab in BBM, we will allow BBM Channel owners to place sponsored posts alongside updates from your BBM Contacts and the BBM Channels you are already subscribed to. In the spirit of being open and transparent, these sponsored posts will be clearly labelled.

Just as we give BBM users control over their privacy and contact list, we're extending this control to which channel owners are able to present sponsored content in your updates feed. Allow me to explain. Let's say you're a Toronto Maple Leafs fan and you are presented with a sponsored update from a competing hockey team. You can easily block future sponsored updates from this other team. The benefit to you, the user is clear - you won't see sponsored updates from channels you're not interested in. But the benefit also extends to channel owners as well as they won't be wasting time and resources reaching uninterested BBM users.

One of the pieces of feedback we've heard from our customers is that they are looking for new ways to find interesting, relevant content in BBM Channels. Sponsored posts and Sponsored Invites are another way to help highlight posts from channels that customers might be interested in.

We will dynamically determine how frequently Sponsored Posts appear in the Updates feed. We know that some of you love the "social" aspect of Updates, and would love to hear from you as to how often and where Sponsored Posts should be presented. And, because BBM puts you in control, if you filter Updates to only show Contacts, you won't see any Sponsored Posts.

As we introduce new ways to help connect BBM Channels users with channel owners, protecting user privacy remains a top focus. We know that privacy and control are two of the reasons you love and choose BBM. We use the information you provide when you first open BBM Channels (age, location, gender) to help personalize your BBM Channels experience. At no time is personally identifiable information about any BBM Channel user viewable by any channel owners or advertisers.

It's worth mentioning that the Waterloo-based smartphone maker has been testing the feature in Beta Zone version of the app.

BlackBerry is reportedly also working on possibilities of transferring money via its BBM service. The firm is also said to have tried its BBM Money Service in Indonesia, supposedly teaming up with a local bank.

Low-cost tablets drive sales in India to 4.14 million in 2013: IDC
Batman: Arkham Knight arriving for PC, PS4 and Xbox One on October 14