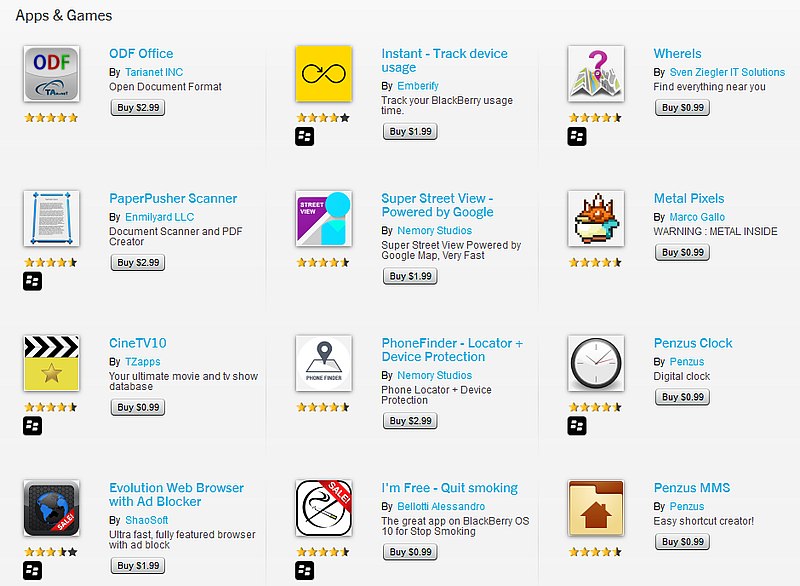 BlackBerry, as a part of the 'Festive Giveaway 2015' offer, is giving 20 paid apps for BlackBerry 10 OS for free until December 26. BB10 smartphone users can download these apps from the BlackBerry World app store. These 20 apps are worth more than $30 (roughly Rs. 2,000) combined.

The paid apps that can be downloaded and installed free of cost from the BlackBerry World app store include:

Notably, BlackBerry recently forayed into the world of Android smartphones with the launch of the BlackBerry Priv Android slider, a smartphone that features a slide-out Qwerty keyboard and a curved edge display. It will be interesting to see just how well the company does with its latest effort to revive its flagging smartphone sales.

As for apps, readers should check out our list of the Best Apps of 2015. Though there were some great apps in 2015, the fact is that we're still using some of our favourite apps from the last couple of years instead, because they've been able to grow and evolve to remain compelling. Food ordering and live video broadcasts were two hot categories in 2015 where numerous apps showed up, though many failed to impress. As per Gadgets 360, some of the best apps and games of 2015 are Hotstar, Google Photos, Periscope, Overcast 2 , One More Run, Zomato Order, Horizon Chase: World Tour, The List App, The List App, and Plume Air Report.

Both Apple and Google have also shown their best apps and games in 2015. While Elight is the -best app as per Apple India, Colorfy - Coloring Book and Minecraft: Story Mode are the best Android apps and games as per Google.

Which are your favourite apps of 2015? Let us know via the comments.