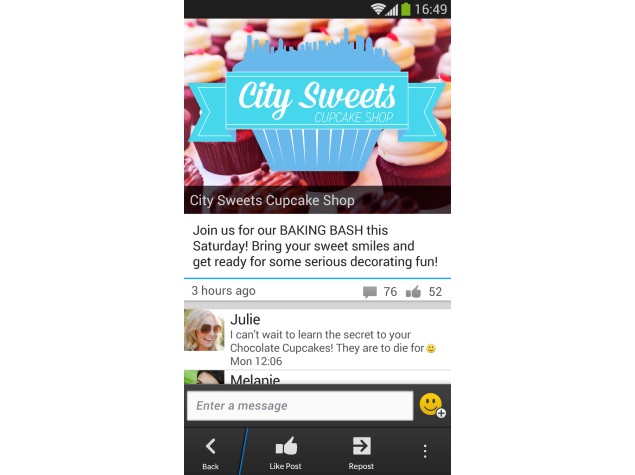 BlackBerry has been looking at ways to monetise its BBM service for a while, and the company has finally given BBM Channels owners and advertises ways to promote their content, as promised back in March. To further that cause, it has announced new partnerships to expand its ad sales network,

Additionally, the Canadian company announced that it now has 1.1 million BBM Channels. For the uninitiated, BlackBerry's BBM Channels are community-based broadcast groups or forums that allow people, brands and communities to interact with each other. "BBM will also connect BBM Channel users with brands and businesses they may be interested in following within the Feeds area of BBM," BlackBerry added.

Announcing the news, Matthew Talbot, Senior Vice President, Emerging Solutions at BlackBerry on the company's Inside BlackBerry Business blog writes, "We're monetizing BBM in several ways now that it's no longer tied to the BlackBerry operating system, and open to iPhone, Android, and Windows devices. Targeted mobile ads and sponsored content are two important parts of that strategy, and we're seeing this across the social industry."

Talbot further detailed just why BBM is an ideal platform for advertisers, saying, "As one of the largest private mobile social networks, BBM is uniquely positioned to capitalize on a mobile messaging market that is estimated to grow into the multi-billions in the next few years. Our highly engaged customer base has grown to more than 90 million monthly active users around the world, so we have great placements to offer advertisers."

The company stressed about security of its BBM users and said, "At no time is personally identifiable information about any BBM user viewable by channel owners or advertisers."

The company also announced new regional partners for mobile advertising expertise and believes that the new partners will "represent BBM in markets where we [BlackBerry] have a strong brand and large, active BBM audiences." The partners are Blyk, which will represent BBM globally while Habari Media that will represent the service in South Africa, Nigeria, and Ghana.

BlackBerry earlier this month introduced new cross-platform app called BBM Meetings that allows video conferencing with up to 25 participants at the same time. Prior to this, the Canadian company announced support for timed messages and message retraction.