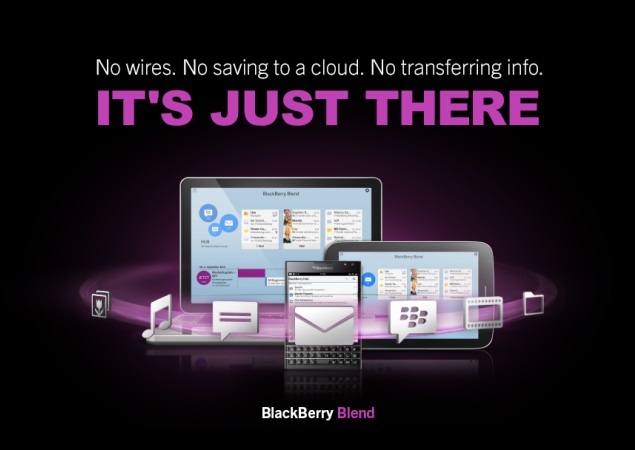 BlackBerry, as expected, launched the much-anticipated Passport smartphone at simultaneous events in Toronto, London and Dubai on Wednesday.

The company alongside launching the unconventional new smartphone, also announced BlackBerry Blend - a service that allows users to access information from their BlackBerry smartphone on Android or iPad tablets, or on Windows or OS X based laptops and desktops. Users can receive IM notifications; read and respond to work and personal email; exchange BBM or text messages, and access documents, calendar, contacts and media from the smartphone.

Of course, users can utilise Blend even when their smartphones are nearby, allowing them to continue working on a single larger device whilst still accessing and keeping a track on all content from their smartphone.

For corporate users, BlackBerry notes, "If your BlackBerry smartphone is connected to a BlackBerry Enterprise Server, you can access your company's intranet through a work browser on your computer without having to be logged in to your company's network. This gives you access to important work information when you need it, anytime, anywhere."