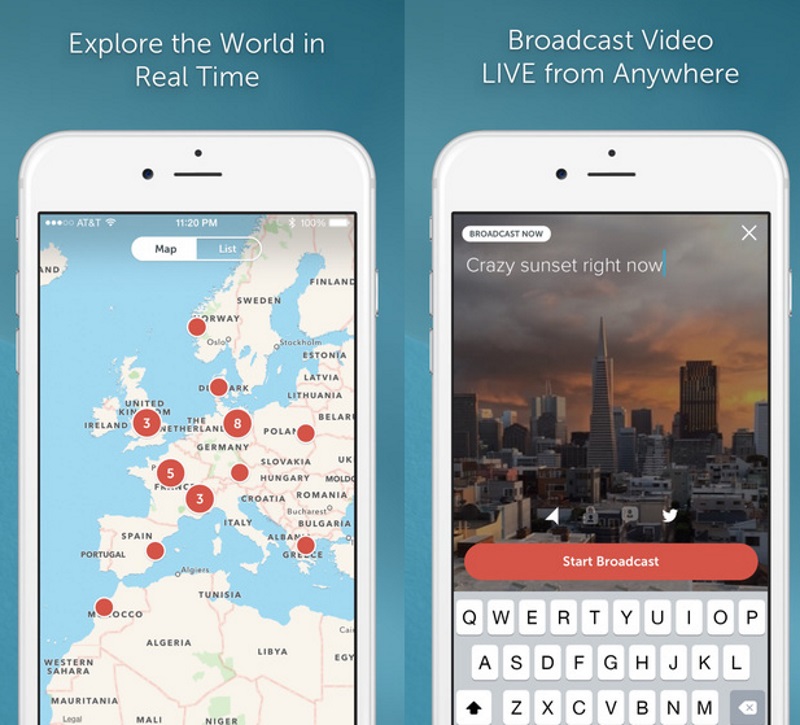 When Benefit Cosmetics, a San Francisco-based maker of skin care and makeup, used Twitter's Periscope live-streaming video service to make a product demonstration, a heckler became part of the live show, typing to the presenter, "I can see down your top" even though there was no wardrobe malfunction.

During BMW of North America's debut of its M2 coupe on Periscope last month, the sound dipped in and out as the driver talked about how the car handled.

And one of Royal Caribbean International's first video streams was disrupted by a viewer posting the alphabet one letter at a time, in an attempt to clog the comment feed. Still, the company was happy with the 30,000 viewers the campaign attracted, said Kara Wallace, vice president, North American marketing at Royal Caribbean.

While glitches like those would be unthinkable in a produced, controlled advertising environment, big brands such as Royal Caribbean, BMW and Benefit are going ahead with plans to use live-streaming video to attract some of the most finicky consumers, young millennials who ignore many traditional and online ads.

"There is an authenticity to this kind of campaign," Wallace said. "This is going to be the future of marketing."

Periscope, which Twitter bought earlier this year, allows anyone to live-stream an event through their mobile phones, while viewers can participate by sending cartoon hearts across the video feed and typing comments which scroll across the screen for all to see. Some viewers love the chance to interact, with results that can surprise the advertisers.

It is still early days for Periscope, which currently does not charge advertisers, and had 10 million accounts as of August, compared to more than 300 million at Twitter.

Some brands are not entirely sold on Periscope as a marketing tool. Snack and beverage company Mondelez International Inc has experimented with it a bit, but has not decided if it wants to make it a staple part of its marketing, said Cindy Chen, global head of e-commerce. "Periscope isn't really set up right now to accommodate brands," said Dustin Callif, managing director at Tool North America, which produced the BMW Periscope streams. "It's an experiment which is fun for a brand, but it is also risky."

Working on the fly
While brands are well-versed in handling outside comments that come with all social media, live streaming video is extra tricky as everything is real-time, executives said.

Even Twitter was caught off guard on a Periscope stream of an earnings call when a watcher asked CEO Jack Dorsey if he was single, sending a flood of cartoon hearts across the screen.

"The biggest sort of potential headache of Periscope is that it is a live event and you can't script anything," said Pete Harmata, digital innovations manager at BMW of North America. "You have to adjust on the fly, which can be pretty strenuous."

BMW pulled a 24-hour teaser of its M2 coupe, showing just the front of the car, after a few minutes, when impatient viewers demanded to see the car immediately.

BMW had 5,000 viewers of the debut, a drop in the bucket compared to television, but it was a lot cheaper and it reached its biggest fans, said Dan Kelleher, co-chief creative officer at kirshenbaum bond senecal + partners, which created the campaign.

Benefit, owned by luxury-goods conglomerate LVMH, has at least one person ready to block inappropriate comments during each stream, said Claudia Allwood, director of US digital marketing, which has seen 2,000 viewers per stream.

Similarly, thousands viewed Royal Caribbean's Periscope streams, which showed scenes of everything from customers riding a zip line on the island of St. Kitts to chefs preparing meals on its ships. The Miami-based cruise operator streamed the clips live on Periscope, and ran them on 80 digital billboards across New York City after a slight delay.

To prepare for any potential problems, the cruise operator had ads ready to run on the billboards if the Periscope stream went down or something unsavory happened.

While it did not need to run the replacement ads, some issues arose. A video from a natural water slide in Puerto Rico had so many viewers that after a few minutes commenting was shut down, said John Kearse, creative director at Boston-based Mullen Lowe Group, which worked on the campaign.

Thanks to the delay between the live stream and digital billboards, the company had time to strip out the alphabet comments that delayed its stream. They prepared for worse.

"We had to know what the F-bomb was in Russian," Kearse said.