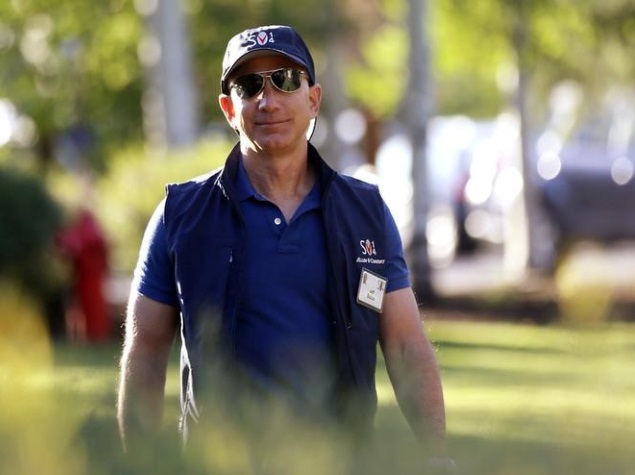 Washington Post owner Jeff Bezos plans to tie the newspaper to his Amazon empire with a built-in Kindle tablet news app to reach a wider audience, a report said Monday.

The report by Bloomberg Businessweek suggests that Bezos could leverage his position at Amazon, which produces Kindle tablets, to help the US daily, which he bought as a personal investment last year.

The report said the Washington Post app would be pre-installed for free in the new 8.9-inch Kindle tablets. Other versions of the app would be available for Apple and Android devices for a fee, according to the report.

The Washington Post declined to comment on the report. Amazon did not reply to an AFP query.

The report said the plan, called "Project Rainbow," was part of Bezos' strategy to expand digital readership for the US daily.

Another part of the expansion has been recent agreements to bring Post digital content to websites of a number of regional newspapers.

The Kindle app plan, if confirmed, highlights the push by Bezos to bring together two apparently unrelated investments.

Bezos last month named Fred Ryan as publisher and chief executive, replacing Katharine Weymouth, the scion of the family that has run the paper for decades.

Ryan is a former Reagan administration official and part of the founding leadership team of Politico, a successful digital news organization covering the Washington political scene.

Bezos unveiled plans to buy the newspaper with his personal assets in August 2013 for $250 million. Since then he has said little about his vision, but the Post has been adding to its staff in recent months.

The Post, like other large dailies, has been struggling with declining print circulation and advertising as readers turn to news on digital platforms.

According to Businessweek, the updated Kindles will be launched later this year.