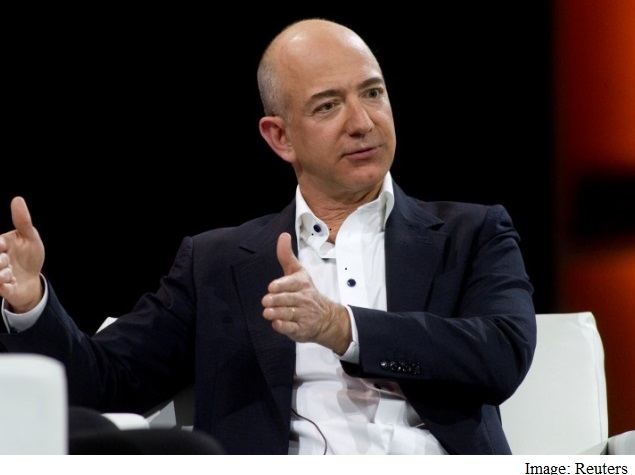 In recent months, The Washington Post has been worried about reducing cognitive overhead. The phrase, borrowed from its new owner, billionaire Amazon founder Jeff Bezos, refers to the number of decisions or actions readers must make before getting what they want.

The principle was a driving force behind Amazon's one-click buying system. And it is one of the guiding ideas for a new app being introduced Thursday that will deliver the Washington Post to some Amazon Kindle tablet owners for free. It is the first formal collaboration between the two companies since Bezos bought The Post for $250 million last year.

The new app, with pre-loaded stories, pictures and even advertisements, was designed in close collaboration with Bezos, said Shailesh Prakash, The Post's chief technology officer.

"We talked to him constantly," Prakash said, describing feedback Bezos gave to developers. "He's our most active beta tester."

The app, which was designed to reduce the noise of the Web to something as streamlined as a print publication, will be automatically added to certain Kindle Fire tablets as part of a software update. It will feature two editions each day, at 5 a.m. and 5 p.m., times at which the company believes it will reach the most readers.

The app will be free for Kindle Fire owners for six months, and will then cost a dollar for the next six months. A version of the app will be available for Android and iOS operating systems next year, at $3.99 a month.

Russell Grandinetti, a senior vice president at Amazon who oversees the Kindle, declined to specify the number of Kindle Fire users who would receive the new app but said that it was in the millions.

Post executives and technologists said in interviews Wednesday that the app represents the melding of the company's culture with that of Bezos. His ideas and preoccupations have quietly helped shape the newspaper, they said, and empowered its technologists.

"Through a lot of conversations with Jeff, we've sort of absorbed some of this stuff by osmosis," said Martin Baron, the paper's editor. "We now have an opportunity to ask him how things have worked at Amazon, for example. And he has a consumer obsession."

They added that Bezos had made it clear, through meetings with executives and through feedback on ideas and proposals, that The Post's broad strategy should shift toward growing its national and international audience - in direct contrast to its previous mission of narrowing its focus to local news.

Although executives at the company emphasized that they still valued coverage of local events, Baron said that many of his recent hires had been national reporters, with the Kindle app in mind. A team of 16 people will rewrite headlines and stories to make them punchier, with the intention of drawing a broader audience.

The Post's ties to Amazon and Bezos are evident in its offices. Kindle Fire tablets sit alongside iPads, and Prakash and his team, and the newspaper's executives, use phrases like "Day 1," an Amazon idea that each day should be treated as if it were the company's first.

New products are complete, Bezos has told Post staff members, when they start loving them. Executives are guided by Bezos to "focus on what you can control."

The Amazon chief's preference for a culture of secrecy meant that the new app was carefully guarded, with work done under the internal code name Project Rainbow.

"The first question he asked was 'What will it take for us to be successful 20 years from now?'" Steve Hills, The Post's president and general manager, said in recounting his first meeting with Bezos.

In the future, Hills said, the company's business executives will focus on subscription revenue from consumers, and on licensing the technology that it is building. But its first priority is scale, he said. Amazon has similarly put growth and scale ahead of profit.

The media company has now been given what Frederick J. Ryan Jr., its publisher, describes as runway.

"One of the great benefits of being in the position we're in, is that we can take decisions and make products that have a horizon of more than one quarter," Ryan said.

He, and other senior figures at the company, declined to specify what those other new ideas might be.

The app is one of a number of small moves toward broadening the paper's readership. However well executed, it is certainly not transformative, and the paper's executives admit they have a long way to go, and no secret plan stashed in a drawer. Amazon's own recent efforts to further its reach have faltered in recent months, and it recently reduced the price of its Fire phone to 99 cents amid reports of low demand.

Amazon, which seems to be in an experimental mode, is releasing a host of new products, like its robot-like Echo speaker, and expanding into developing original television shows such as "Transparent." Now Bezos is encouraging The Post to try new things, too, the executives said.

The company plans to move its headquarters to a few blocks away from its current building in 2016. When the move is complete, Ryan said, software engineers will be alongside journalists.