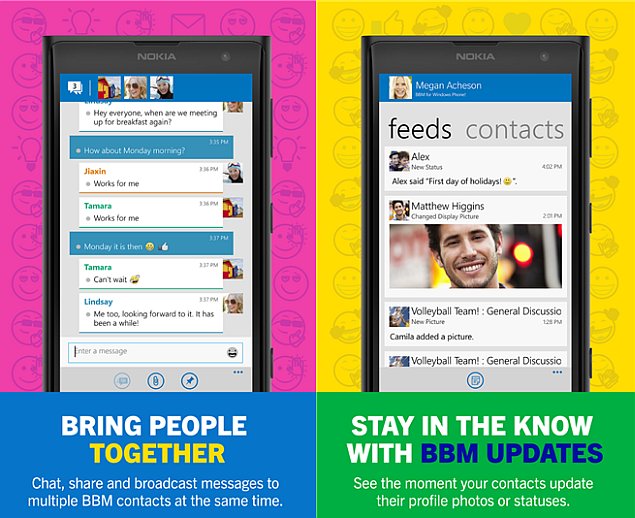 BlackBerry Messenger for Windows Phone is 12MB in size and can be downloaded via the Windows Phone Store (the updated version was listed in India on Sunday). The BBM app for Windows Phone offers similar features that are already available on other platforms, including secure messaging, BBM Groups, Find Friends, and BBM Feeds, as well as some Windows Phone-specific features, such as Pin to Start.

"Today [August 15] is an exciting day for Windows Phone users. Just in time for the weekend, BBM is graduating out of 'BETA' status. The v1.01 release adds a number of bug fixes and performance improvements that we caught during the beta phase like speeding up the app load time," said company in a blog post.

The BlackBerry Messenger app for Windows Phone was long-awaited ever since the company had launched the BBM app for Android and iOS in October last year.

Last month, after a brief private beta, the BBM beta for Windows Phone was made available for download by everyone. The company's PR Manager and Social Media Marketing Lead, Donny Halliwell, had then written in a blog, "After a short run in private beta, I'm happy to announce that BBM for Windows Phone is being publicly released to the Windows Phone store in beta starting today [July 31]."