BBM 2.2 for iOS Now Available for Download From App Store 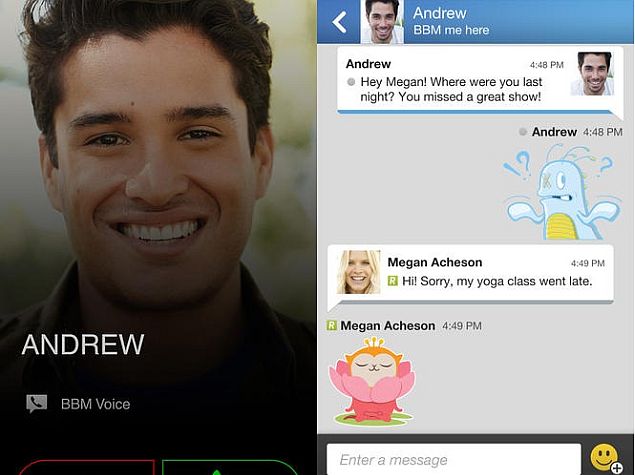 The BBM app for iOS has been updated to version 2.2.0.19 with some new design changes and features. The same BBM update was released last month for Android users.

The new version of the BlackBerry Messenger for iOS users comes with a redesigned simple sign-up process for the new BBM users and a new sign-in screen for the existing BBM users. The users can also add BBM contacts via email easily. Besides several bug fixes and performance improvements, the BBM version 2.2.0.19 also renames 'Updates' to 'Feeds'. One of the major enhancements in the BBM for iOS users is the addition of 20 new emoticons (more than Android).

The app remains free to download from the App Store and requires iOS 6 and later to run. BBM version 2.2.0.19 update for iOS is sized at 51.7MB.

The BBM 2.2 for Android update also included an easier way to add contacts via email, 16 new emoticons, 'Updates' tab to 'Feeds' and more.

It is also important to note that the previous update which had come to BBM (for Android, BB10 and iOS) earlier this year offered larger and bolder images, brought sticker support, as well as the ability to share photos in multi-person chats. It also increased the file sharing limit from 6MB to 16MB.

Windows Phone is still the only major smartphone ecosystem BBM has not yet made a foray into. It was however confirmed by BlackBerry that it is looking for at a Q2 2014 release of BBM for Windows Phone