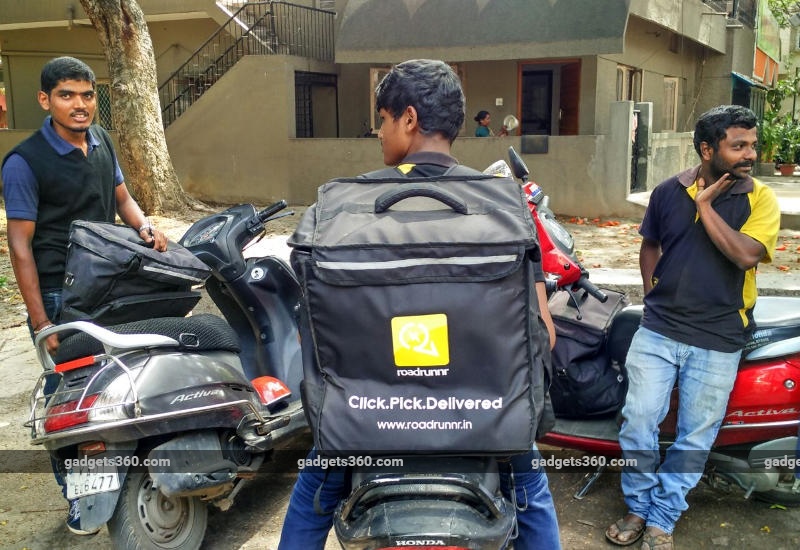 Bengaluru-based Hyperlocal delivery startup Roadrunnr saw its Bengaluru office vandalised by over 50 people on Saturday night. Co-Founder Mohit Kumar told Gadgets 360 that it was done by agencies that were losing people to his firm due to a differential payout model.

"One of our agencies did not like it. Probably this has been driven by them," Kumar said. New hires for Roadrunnr were being made on the company payroll, after the company realised that the delivery boys hired by agencies were not getting paid PF and benefits. "What we said was, you are going to see some attrition there. They wanted us not to hire anybody at all."

Agency drivers get 10 percent lesser than non-registered drivers, as the company has to pay a commission to the agency. "Because of that, the agency drivers will want to work directly with us," Kumar said. "If he is from an agency, he would make around Rs. 18,500 a month, if he is with us, he will make Rs. 22,500. There's a 10 percent difference, which the drivers realised, and the agencies were seeing some attrition," he said. "They basically wanted us not to have a differential payout."

Kumar, who has shared CCTV camera footage of the attack with the police, said that of the 50 fifty vandals who damaged the office premises, around 20-30 were not even a part of the company. "They basically wore Roadrunnr t-shirts, and had planned to create a mess in our office," he said.

Roadrunnr sources its delivery boys directly, and works with 18 sourcing and payroll agencies across India, six of which are located in Bengaluru, Kumar said, adding that the sourcing agencies are not likely to be the cause, as their relationship ends after they get us a delivery boy.

Roadrunnr had shifted its payout model for delivery agents to a per-order model, from a hourly payout model, about two and half weeks ago. The startup pays delivery boys Rs. 55 for peak hours, and Rs. 45 for non-peak hours, along with incentives for crossing daily and weekly targets. Roadrunnr's delivery boys get Rs. 700 extra for doing 15 deliveries a week, Kumar claimed adding that even if they did three deliveries a day, their monthly payout would work out to around Rs. 11,000.

Roadrunnr does deliveries for both e-commerce and food-tech firms, and e-commerce firms get an additional 10-15 deliveries per day. The average delivery boy in its e-commerce team makes around Rs. 28,000 per month, while the riders not in e-commerce make close to Rs. 18,000 to 19,000 per month, excluding fuel expenses, Kumar said.

Some of Roadrunnr's competitors in the B2B hyperlocal delivery space include Delhivery, Grab India, Parcelled, Quickli, Shadowfax, and Opinio.