Aqua Bazar will help fish farmers and stakeholders to source the inputs such as fish seed, feed, medicines, and services required for fish culture. 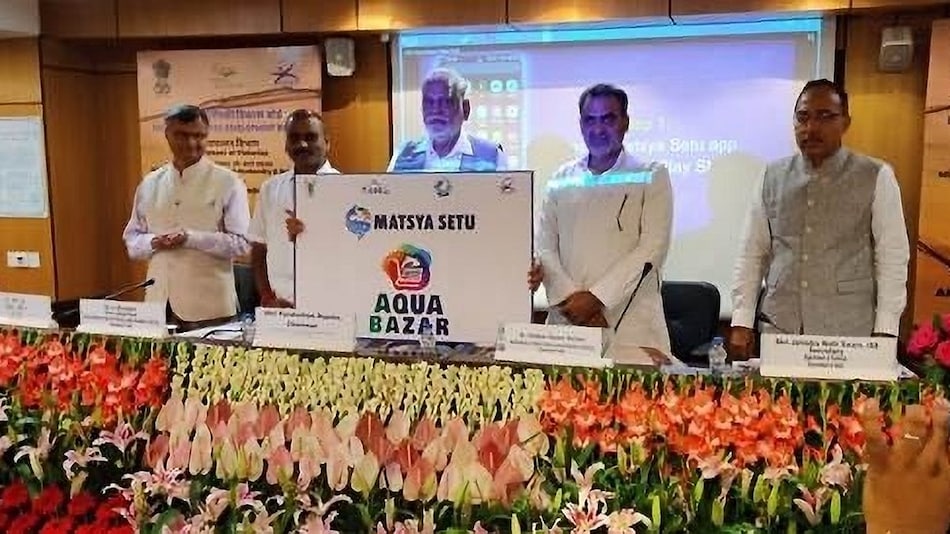 Aqua Bazar, an online marketplace application to help fish farmers and stakeholders to source inputs was launched on Thursday by Union Minister of Fisheries, Animal Husbandry and Dairying Parshottam Rupala. According to the ministry, Aqua Bazar has been developed by Bhubaneswar-based ICAR-Central Institute of Freshwater Aquaculture with the funding support of NFDB under the Pradhan Mantri Matsya Sampada Yojana (PMSSY).

"It is a marketplace which connects various stakeholders involved in aquaculture sector," the ministry said. The app will help the fish farmers and stakeholders to source the inputs such as fish seed, feed, medicines, and services required for fish culture as well as farmers can list the table size fish for sale.

Addressing the meeting, Minister of State for Fisheries, Animal Husbandry and Dairying Sanjeev Kumar Balyan said there is immense potential for shrimp farming in the states of Rajasthan, Uttar Pradesh, Haryana and Punjab. If aquaculture is developed in these states, they can compete with Andhra Pradesh in shrimp production. The extension services should be provided to farmers of these states, he added.

NITI Aayog member Ramesh Chand said fisheries sector is showing a record regular growth of around 8 percent during the past decade. 'One District one Product' has to be promoted and frontline technologies have to be applied in fisheries sector.