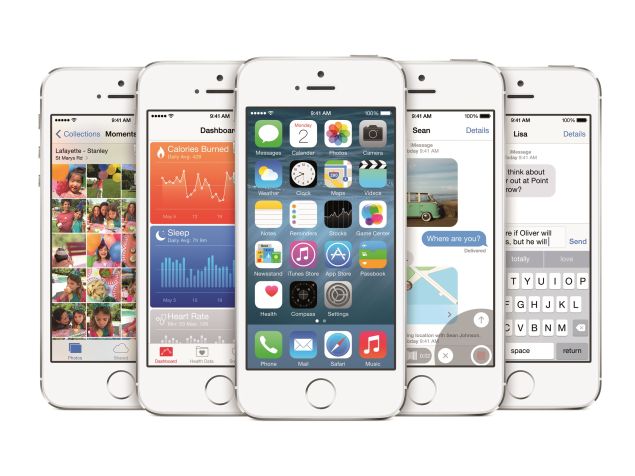 At WWDC on Monday, Apple announced the latest iteration of its mobile operating system - iOS 8. Apart from announcing the new Family Sharing feature, the tech major announced updates to system apps like iMessage and Siri.

The iMessage app on iOS 8 borrows a lot of features from popular messaging apps like WhatsApp and Snapchat. Apple adds new group messaging options that let users name conversations, add or remove people, turn off notifications, and leave the conversation. This brings iMessages at par in many ways with WhatsApp, Line and Telegram. Moreover, users can also share their locations with friends and quickly send photos, video or audio messages by placing the finger on the camera icon and releasing it. There is an option to delete the message from the friend's phone akin to Snapchat. While other apps can chat across ecosystem, including Android and Windows, the only downside to these new features on iMessage is that it works only with iPhones.

Meanwhile, Siri on iOS 8 now has 'Always-on' functionality just like Google Now and uttering the words '"Hey, Siri" summons the assistant. In collaboration with Shazam, Apple also stated that Siri now has the ability to analyse and identify songs automatically. Users can also purchase iTunes and App Store content directly from Siri, and it has support for 22 new languages.

With Family Sharing on iOS 8, up to six members will be able to share iTunes purchases, including apps, music and movies, provided the same credit card is linked to each iTunes account. Families using the feature can also access each other's calendars, reminders and photos. Most importantly, parents will now be able to control their children's purchasing ability by adding restrictions like making passwords mandatory for purchase.