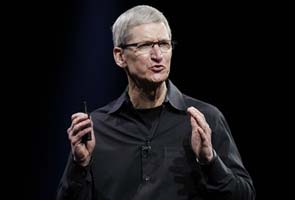 Apple unveiled its own mapping program Monday for its iPhone and iPad devices, moving onto turf already occupied by Google in the popular software application.

"We are doing all the cartography ourselves. We are covering the world," Forstall said.

Apple has "ingested hundreds of millions of business listings around the world," he added, saying it has integrated with the consumer review service Yelp for reviews and ratings.

The Apple maps program will include real-time traffic patterns updated with help from users "to keep traffic info fresh and up to date," he added.

The move means Apple, which is in a battle against devices powered by Google's Android operating system, will no longer rely on the Google program for its main maps application.

Although the maps application does not generate revenues directly, it often links to searches for products and services such as restaurants or businesses.

Analysts say the Apple maps program could over time move iPhone and iPad users away from Google search and reduce revenues for the search giant.

Apple said its iOS 6 will be in devices shipped in the coming months which also include the Siri personal assistant that performs many of the search functions of Google.

"Siri has been out only eight months," Forstall said.

"In these eight months Siri has been studying up and learning a lot more."