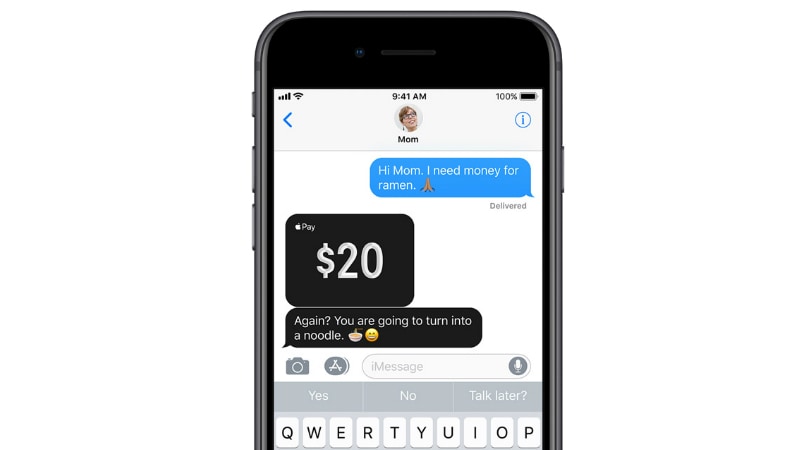 After months of anticipation, Apple Pay Cash has finally been launched in the US as a beta version. The new feature comes with the latest developer preview and will be available to the masses in the US through iOS 11.2 and watchOS 4.2.

First unveiled in June alongside iOS 11, Apple Pay Cash's launch was delayed in September for a future iOS and watchOS update. Now available in beta versions of these operating systems, it uses the Apple Pay service to let iOS users transfer payments directly through an iMessage. The feature is compatible with the iPhone SE, iPhone 6 and above, iPad Pro, iPad (fifth generation), iPad Air 2, iPad mini 3 and above, and all Apple Watch versions.

If you're in the US, you just need to set up Apple Pay on your iOS 11.2 or watchOS 4.2 beta running device to get started with Apple Pay Cash. Your Apple ID is required to have two-factor authentication, and the feature uses your passcode, Touch ID, or Face ID to let you start share money securely with your contacts. Furthermore, once the setup is completed, you can even use Siri or the small screen of your Apple Watch to enable cash-less transactions.

Your compatible Apple device doesn't require any third-party app as Apple Pay Cash is available as an integrated feature within the native Messages app. The feature uses the debit and credit cards from your Apple Pay or Wallet. A virtual Apple Cash card will also be issued to you once you set up the feature to pay online or offline directly via Apple Pay.

Essentially, the current model of Apple Pay Cash appears to expand the use cases of Apple Pay to some extent. It works similarly to what apps like Facebook Messenger and Snapchat have been offering for a long time. However, as TechCrunch notes, Apple has some plans to distinguish its feature in the coming future. The Cupertino company has already started working with prepaid debit card issuer Green Dot Corporation to give Apple Pay Cash a broader economic presence.

There is no word on the launch of Apple Pay Cash in markets other than the US. Nonetheless, if we believe what Apple's SVP Eddy Cue reportedly stated last month, it could come to India alongside the Apple Pay launch soon.