The new features come at no additional cost to subscribers. 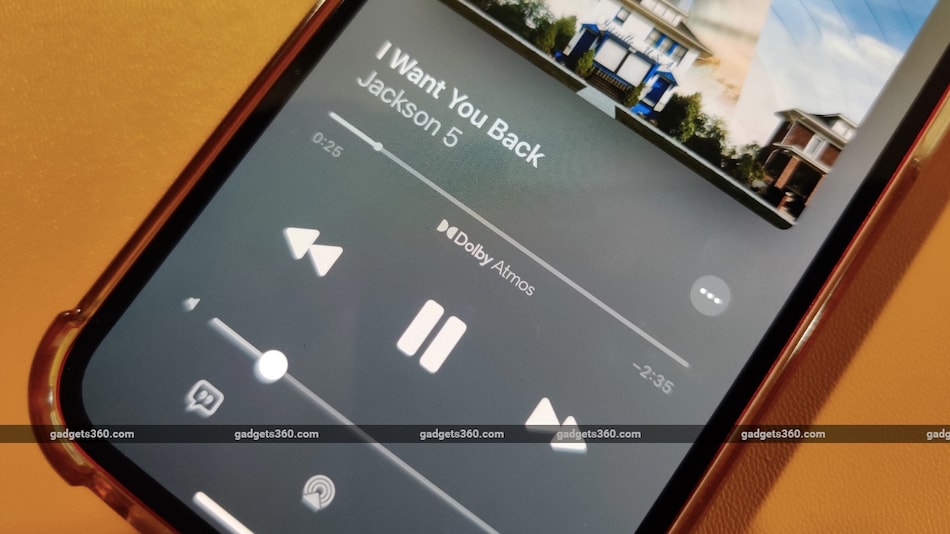 Apple Music is available in India at Rs. 99 per month for individual users

Apple Music is now offering Lossless Audio, Dolby Atmos, and Spatial Audio to users of its music streaming service in India. The new features come at no additional cost and are available for all users of Apple Music on iOS and iPadOS, MacOS, and Apple TV. The new features were rolled out for Apple Music users in the US and other global markets in June and finally come to India where users pay Rs. 99 per month for access to the individual subscription plan.

Furthermore, Apple has also clarified to Gadgets 360 that the new features for Apple Music in India will be coming to the Android app soon, but has not indicated a timeline for the same as yet. Users of Apple Music on Apple's supported platforms including iOS and MacOS should already have access to the features once activated through the settings for the service. This can be done through the Settings menu, by going into the specific settings for Apple Music and sliding the toggle for Lossless Audio to on. Additionally, you can also activate Dolby Atmos from these settings.

Apple has also rolled out a number of curated playlists for Spatial Audio and Dolby Atmos to help with the discovery of tracks available in these formats, including various tracks from Indian artistes such as AR Rahman and Badshah. A vast chunk of its catalogue is also already available in Lossless Audio resolution, with some tracks and albums available in High-Resolution Lossless as well. On iOS, the resolution is prominently displayed when tracks are playing, and tapping on the icon shows the exact resolution of the track.

Apple Music is available in India starting at Rs. 49 per month for students, and is priced at Rs. 99 per month and Rs. 149 per month for regular individual and family plans, respectively. You can also access Apple Music if you've subscribed to Apple One, the company's combination subscription that also includes access to Apple Arcade, Apple TV+, and iCloud storage.

We've already described in detail how Lossless Audio, Dolby Atmos, and Spatial Audio work, and the latest rollout for India is in line with this. As mentioned before, Lossless Audio will be available to all users at up to the specified resolutions, but will need a wired audio setup to properly take advantage of the higher resolution and detail in the tracks. Other features such as bit-perfect resolution, and particularly the availability of the highest resolution of 24-bit/ 192kHz audio tracks, will depend on the devices and equipment in use.

How does Dolby Atmos and Spatial Audio on Apple Music work?

Unlike Lossless Audio, Dolby Atmos and Spatial Audio support on Apple Music will work on wireless headsets as well as wired headsets. Dolby Atmos is supported on select tracks and can be set to Always On through the settings to allow for the format to be used on any headphones or earphones, be it wired or wireless. The format allows for a wider and more open listening experience, simulating surround sound despite there only being two channels in most headsets.

Spatial Audio is limited to select headphones and earphones for now, including the Apple AirPods Pro and AirPods Max, and will work when these headsets are used to listen to supported tracks.

Unlike with Apple TV+ content, which allows head-tracking and actors the sound to the source device, Apple Music does not support head-tracking for now, and only uses Spatial Audio's binaural sound capabilities that work with Dolby Atmos to offer a simulated surround sound listening experience. Apple has confirmed to Gadgets 360 that head-tracking will be coming to Apple Music later this year.