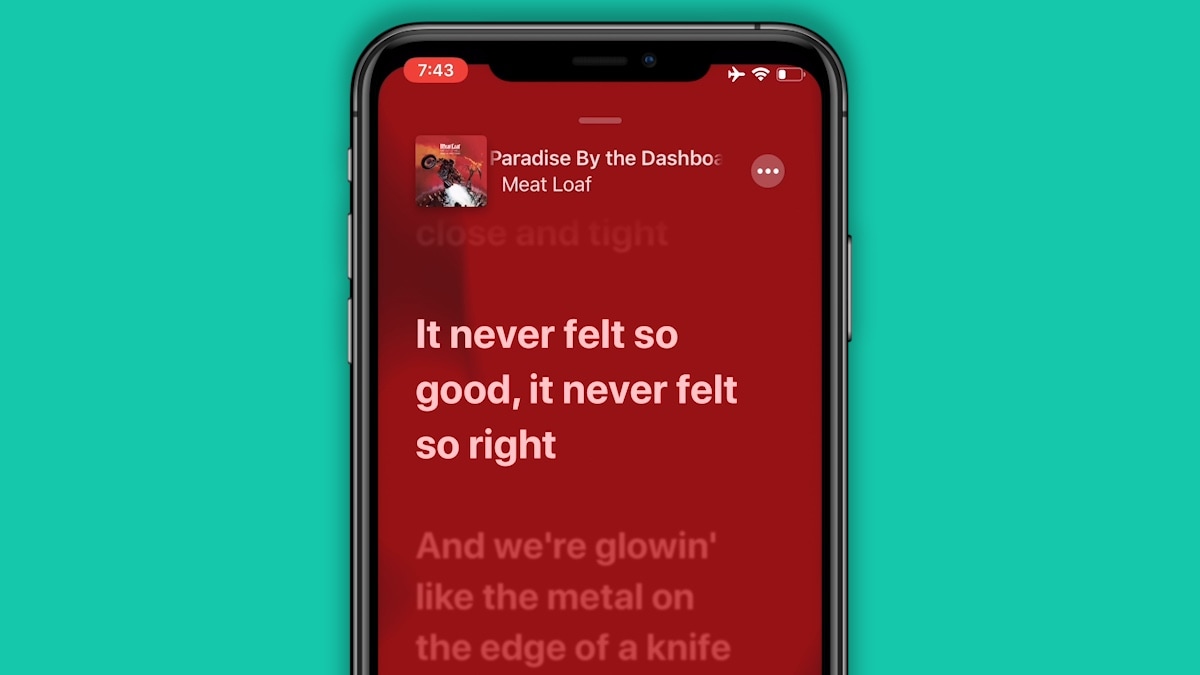 Apple's latest major mobile operating system version, iOS 13, was released on Thursday for compatible iPhone and iPod touch models. iOS 13 comes with a large set of new features while promising a faster and more efficient user experience. iOS 13 brings a system-wide dark mode, a performance boost, a new Reminders app experience, and a lot more. One of these new features is the support for real-time lyrics on Apple Music.

The Apple Music app now offers a dark mode as well as lyrics that are displayed in real-time. There's a new speech bubble icon that users can tap to display lyrics of a song that's currently playing. The lyrics take up the entire display, making it perfect for following the song, karaoke-style.

The feature is dependent on the song though, not all songs include lyrics information. While lyrics are displayed on the phone, Apple Music will highlight the currently playing line in white colour. Users can also scroll down and tap on a specific word in the lyrics to skip the song to a specific position.

Of course, lyrics aren't new to Apple Music. It's just that they will be displayed in real-time now. The feature will also arrive in tvOS along with the Android version of the Apple Music app.

Apple Music's new real-time synchronised lyrics are compatible with Apple Music on iPhone, iPad, and iPod touch. In case you haven't downloaded iOS 13 yet, here's how you can download and install it right now. Besides this, iOS 13 has a bunch of other useful features and a lot of hidden features as well.

WhatsApp Status Updates Can Now Be Shared as a Facebook Story for Both Android, iPhone Users
BSNL Rs. 899 Prepaid Recharge With 180 Days Validity Price in India Cut for a Limited Time, Now at Rs. 799