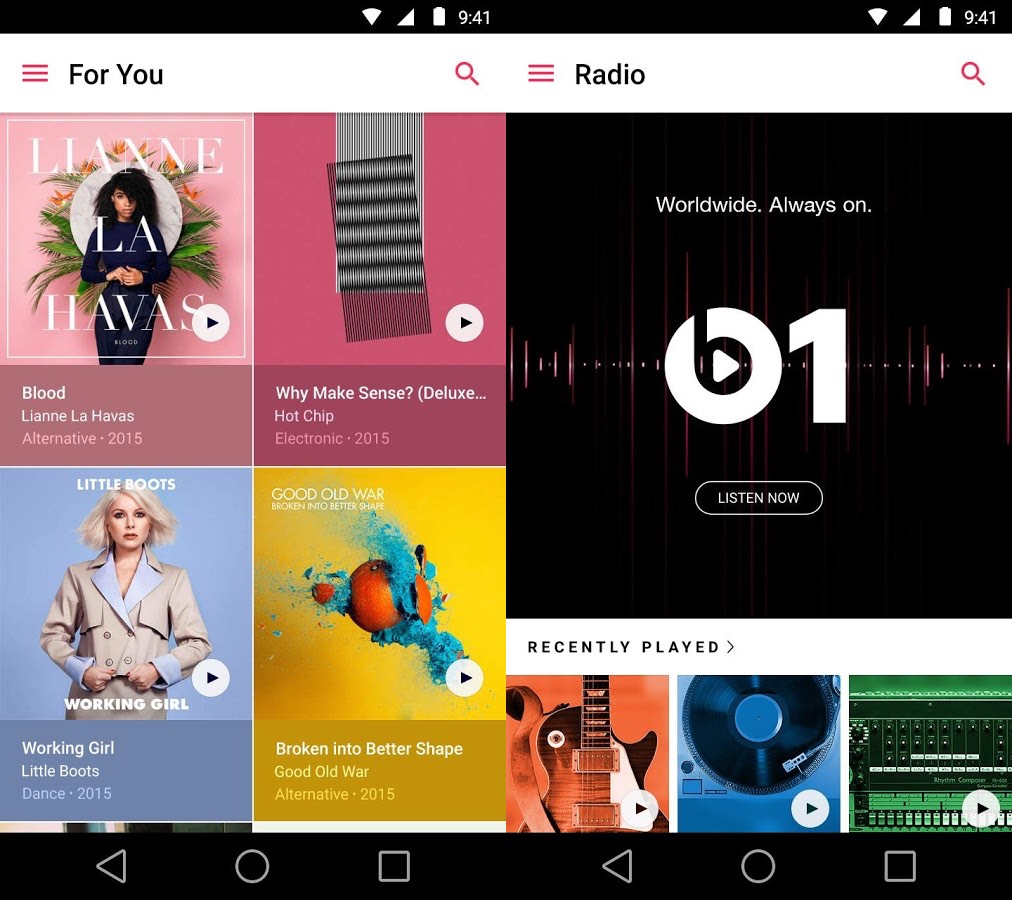 Apple on Tuesday released a beta version of its music streaming and radio service Apple Music on rival Google's Android platform. While the app is available in all regions where the company's music streaming service was initially launched, it doesn't yet feature music videos, and also doesn't allow users to sign up for a family plan from within the app. Other than that, the app has same features as its iOS counterpart.

The app doesn't seem to completely follow Google's Material Design, the style language the Android-maker introduced with Android 5.0 Lollipop, and the interface seems similar to its iOS counterpart. Eddy Cue, Senior Vice President of Internet Software and Services at Apple, though suggest otherwise. "It's a full native app, so it will look and feel like an Android app. The menus will look like Android, you know the little hamburger they use on the top. It'll definitely feel very much like an Android app," he told TechCrunch.

If you're an existing Apple Music subscriber, the app will automatically sync your music library to your Android device. New Android users will get a free three-month trial period though you still need to provide your credit card details at sign up. The company's move to make its app available on Android could significantly increase the user count. Last month, Tim Cook said that Apple Music has more than 6.5 million paying users with additional 8.5 million people also using the app.

This is arguably the first Android app the company had developed in house that's being released to the public. The company had launched Move to iOS Android app in September, but as it was later reported, the app was merely a rebranded version of an existing app that offered similar features developed by the same team. Move to iOS app lets users move their data from an Android phone to an iOS device.