Apple had released this feature in the US in December 2021. 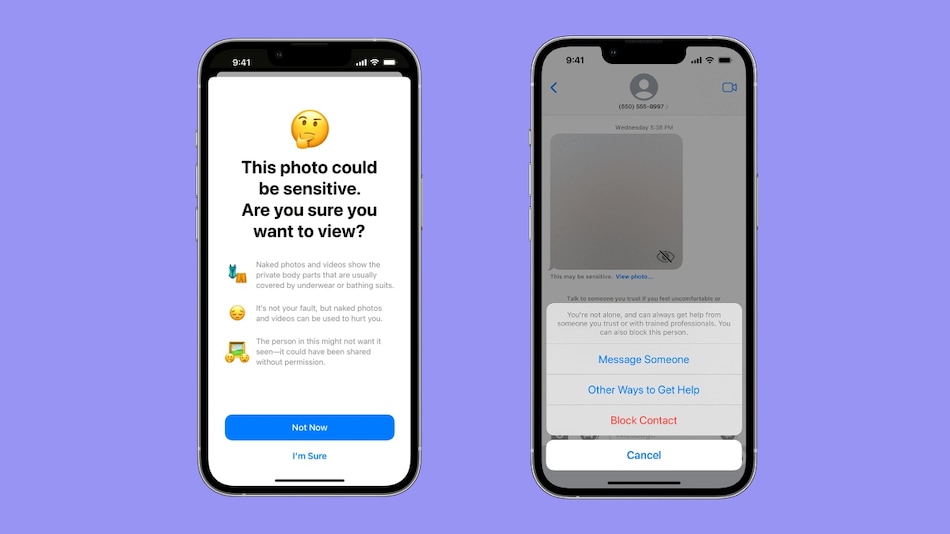 Apple Messages will automatically detect and blur images with nudity

Apple is globally releasing a communication safety feature for Messages that is intended to prevent children from viewing or sharing images that contain nudity. This feature has been live in the US since December 2021. It is designed to automatically detect and blur nude images being sent or received by a child. This feature is turned off by default and can be activated at any time by parents on their child's Apple device. It prompts children to make safe choices and even contact an adult regarding the flagged photo.

After being initially reported by The Guardian that Apple's child safety feature is arriving in the UK, AppleInsider also added that the feature is rolling out in Canada, New Zealand, and Australia. The Cupertino company says that the Messages app uses on-device machine learning to scan images for nudity, which also prevents Apple from directly accessing these photos.

Apple communication safety in Messages: How to activate

First, parents have to make sure that their Apple devices are updated to iOS 15.2 or later, iPadOS 15.2 or later, or macOS Monterey 12.1 or later. In addition, they need to register their child's device with its Apple ID and add it to a Family Sharing group. They can look for the Screen Time settings on their Apple devices and select their child's device. From there, they have to select Communication Safety and turn on the Check for Sensitive Photos settings. Parents might require the Screen Time passcode for the selected device.

From here on out, the Messages app would automatically blur images that it detects to contain nudity. Children will then be prompted to contact an adult that they can trust. Furthermore, if the child is below the age of 13 years, Messages automatically asks them to get in touch with their parents or guardians.

You can read the official post by Apple on its support page to get more information regarding this feature.