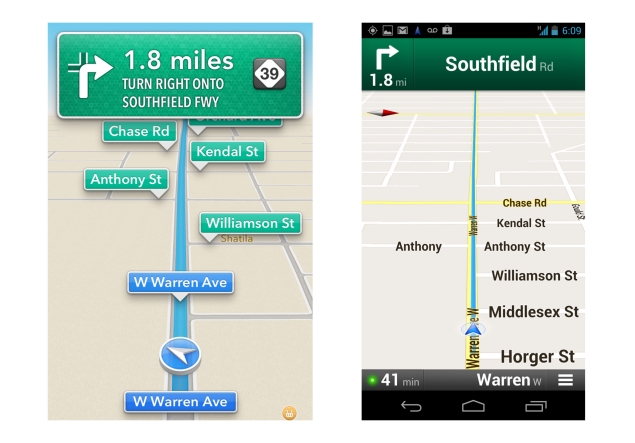 Victoria state police said drivers were sent "off the beaten track" in recent weeks while attempting to get to the inland town of Mildura, being directed instead to the middle of a national park.

"Police are extremely concerned as there is no water supply within the park and temperatures can reach as high as 46 degrees Celsius (114 F), making this a potentially life threatening issue," police said in a statement.

Authorities said tests on the mapping system had confirmed that it lists Mildura, around 500 kilometres (310 miles) northwest of Melbourne, as being in the heart of the Murray Sunset National Park.

This is about 70 kilometres (43 miles) from its actual location.

Six motorists have been rescued in recent weeks from the park after following directions on their Apple iPhones, some of them after being stranded for up to 24 hours without food or water.

Others had walked long distances through dangerous terrain to get reception on their phones.

"It's quite a dangerous situation, so we would be calling for people not to use the new Apple iPhone mapping system if they're travelling from South Australia to Mildura."

Apple was not immediately reachable for comment on the issue.

In September the company apologised for its glitch-ridden maps application in the new operating system used by the iPhone 5 and urged customers to use rival programmes while improvements were made.

The iconic US firm developed its own mapping programme included in its new mobile iOS 6 operating system, and in doing so booted off Google Maps, which had been the default programme for Apple devices.

But the new system immediately drew scorn for omitting key landmarks and cities, failing to identify correct locations and distorting views from its images.

Victoria police said they had contacted Apple about the problem and they hoped it could be rectified promptly. In the meantime, they asked motorists in the state to rely on other forms of mapping.