Dashboard has been a part of Apple's macOS since the launch of Mac OS X 10.4 Tiger back in April 2005. 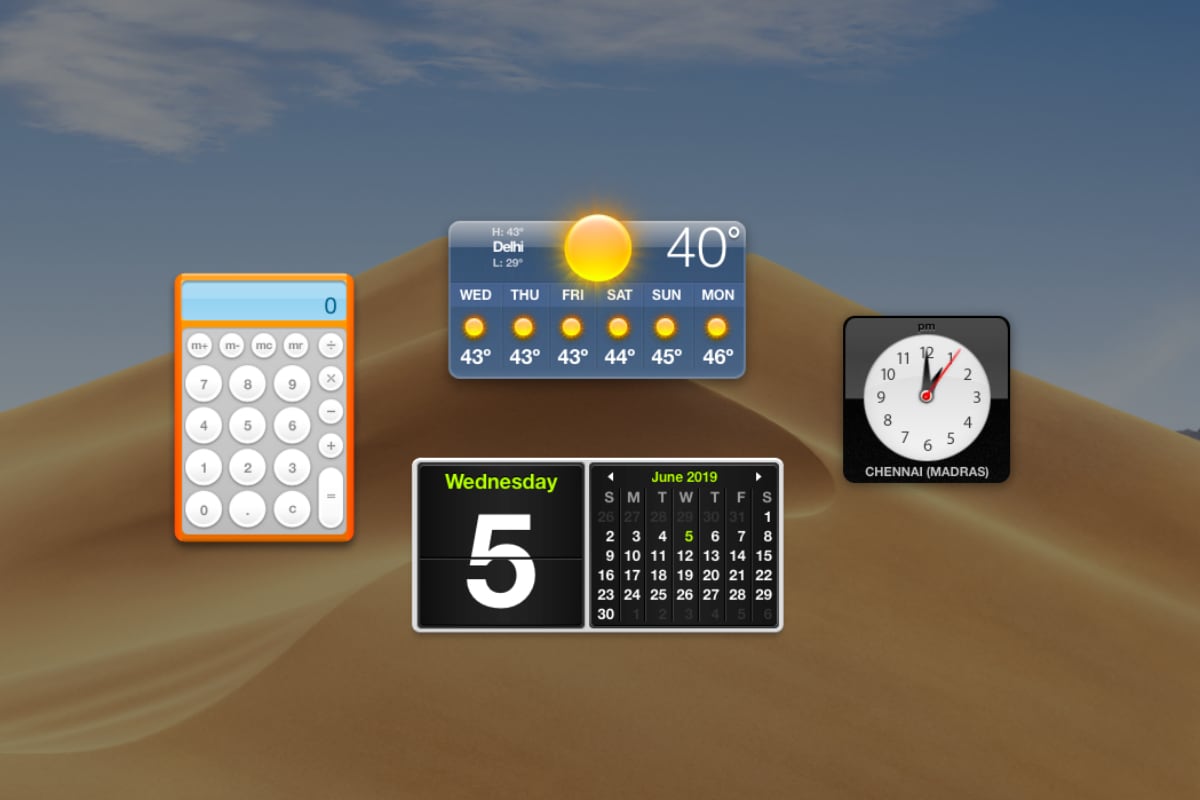 Apple unveiled macOS 10.15 Catalina with a bunch of new features on Monday, and now it's come to light that at least one feature might be going away. It has been spotted that the first developer beta version of the latest macOS iteration doesn't include Dashboard. This, in other words, means that you wouldn't get a dedicated place for widgets after installing macOS Catalina on your system. To recall, Dashboard was first launched with Mac OS X 10.4 Tiger way back in 2005. It received its last significant update in 2011, alongside the debut of Mac OS X 10.7 Lion.

Appleosophy first noted the departure of the Dashboard from the first developer preview of macOS 10.15 Catalina. Dashboard can't apparently be enabled even by forcing it through Terminal. Similarly, there is no sign of its presence within the newest macOS operating system. The Launchpad overlay after enabling the Dashboard via Terminal and forcefully rebooting the system shows its app icon with a question mark, which is the symbol on macOS for apps that are broken.

It appears that the Dashboard will longer be available on macOS, and that it has been deprecated, just like iTunes. Dashboard made its way to Mac machines through Mac OS X 10.4 Tiger back in April 2005 and can be accessed on systems running even the most recent, macOS 10.14 Mojave. Users can activate the Dashboard app from the Dock, Launchpad, or Spotlight. Likewise, a dedicated shortcut is available to access Dashboard with a single press of a button.

Once accessed, Dashboard showcases all the widgets, including the clock, calculator, and stocks. It is up to users how they want to access the widgets, either directly in the foreground of their desktop or on a dedicated window.

Notably, since the launch of OS X 10.10 Yosemite in October 2014, Apple has by default been disabling Dashboard. Users can access it through a hotkey overlay or its dedicated space via Mission Control, though.

As developer Steve Troughton-Smith mentioned in one of his recent tweets, Apple is also bringing native apps of some of the popular widgets to fill the gap left by the departure of the Dashboard. One of the widgets, in this case, is Sticky Notes that has been replaced by the Stickies app on macOS Catalina.

Widgets on Mac computers were initially useful for some users. But with the release of OS X Mountain Lion in July 2012, Apple brought the Notification Centre that also supports important widgets such as Calculator, Calendar, Stocks, Weather, and World Clock.

The Office Trailer: Hotstar’s Indian Remake of UK Original Is More Like the US One
Mozilla Firefox Will Now Block Trackers by Default, With Enhanced Tracking Protection Feature