Tim Cook testified for more than two hours as the closing witness in Apple's defence against Epic's charges. 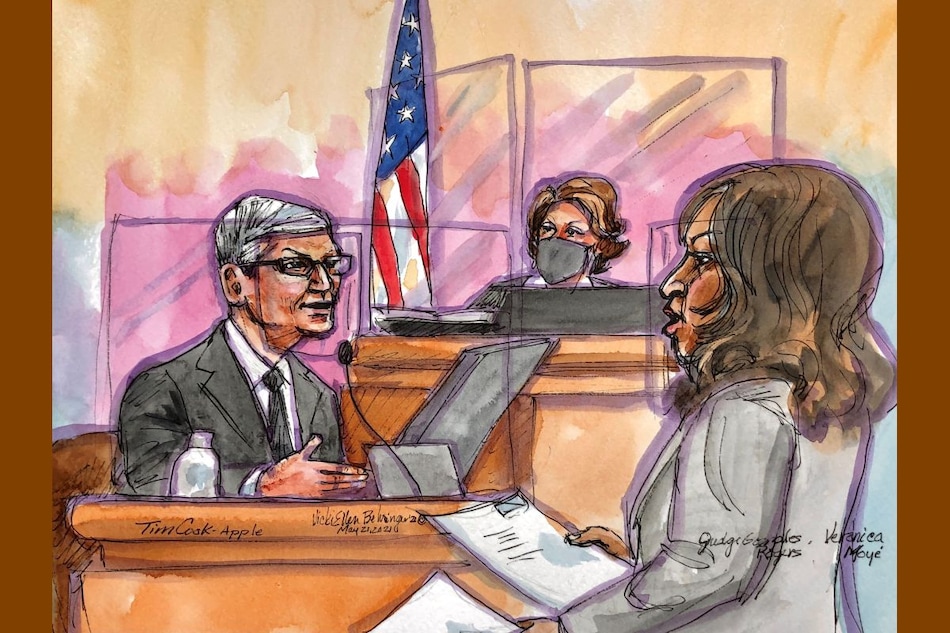 A federal judge on Friday grilled Apple Chief Executive Tim Cook over whether the iPhone maker's App Store profits from developers such as Fortnite maker Epic Games are justified and whether Apple faces any real competitive pressure to change its ways.

Cook testified for more than two hours in Oakland, California, as the closing witness in Apple's defense against Epic's charges that the iPhone maker's App Store controls and commissions have created a monopoly that Apple illegally abuses.

App makers including music service Spotify, European regulators, and US politicians who question whether the company that once urged the world to 'think different' has now become too big and too powerful.

At the end of testimony, Judge Yvonne Gonzalez Rogers questioned Cook, pressing him to concede that game developers generate most App Store revenue and help subsidise other apps on the store that pay no commission.

Gonzalez said the profits Apple reaps from game developers "appear to be disproportionate."

"I understand this notion that somehow Apple is bringing the customer to the dance," she said. "But after that first time, after that first interaction, the developers are keeping customers with the game. Apple is just profiting from that, it seems me."

Cook disagreed. "The free apps bring a lot to the table. Only the people who are really profiting in a major way are paying 30" percent commissions, he said.

Epic has tried to show that Apple's iPhone is a lucrative platform that locks in users, pointing to an internal Apple document that Epic alleges showed the App Store had 78 percent operating margins. Cook said the document did not reflect the full costs of running the App Store.

"It doesn't seem to me that you feel pressure or competition to actually change the manner in which you act with developers," Gonzalez Rogers said.

Cook replied that "we turn the place upside down" to respond to developer complaints, but later conceded that he does not receive regular reports on how developers feel about working with Apple.

At the start of the three-week trial, Gonzalez Rogers also pressed Epic Chief Executive Tim Sweeney with tough questions on how forcing Apple to change would ripple through the software world. Sweeney said he had not thought the issue through.

The maker of Fortnite, an online game which pits players against in each other in an animated Battle Royale fight to the last survivor, has waged a public relations and legal campaign against Apple.

Epic parodied Apple's iconic "1984" commercial and argued in court that it acts anticompetitively by only allowing approved apps on the world's 1 billion iPhone devices and forcing developers to use Apple's in-app payment system which charges sales commissions of up to 30 percent.

Apple has sought to persuade Gonzalez Rogers that its rules for developers are aimed at keeping its customers' information private and safe from malware.

"We have a maniacal focus on the user and doing the right thing by the customer," Cook said. "Safety and security are the foundation that privacy is built on. Technology has the ability to vacuum up all kinds of data from people, and we like to provide people with tools to circumvent that."