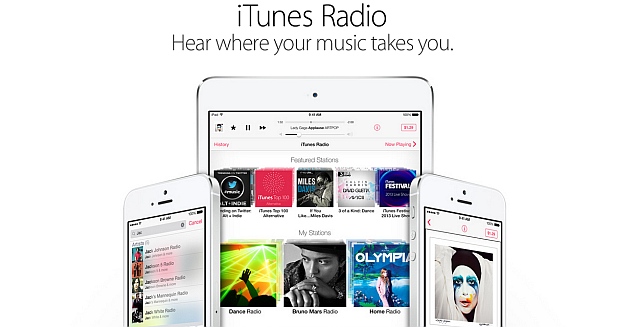 A report by Billboard states that sources familiar with the talks have also informed about the company's plans to add an iTunes App for Android phones.

According to report, the Cupertino based tech giant has opened exploratory talks with senior label executives to launch an on-demand music streaming service to regain its position in the online music industry, which has seen revenues from digital downloads fall recently. Also the company has now taken an acknowledgment of the faster growing Android market share, and is considering a range of efforts to support iTunes, report cited sources. Notably, Google Play Music, Google Books, and Google Play Movies & TV are available for the iOS platform.

The iTunes Radio service is free and ad-supported, although users who sign up for the paid iTunes Match (a $24.99 annual subscription) service do not receive ads. The free Internet radio service features over 200 stations.

According to a Nielsen report, the overall U.S. music sales in 2013 were 6.3 percent less than overall sales in 2012, while music-streaming services grew 32 percent since 2012. Services like Spotify and other similar music subscription services allow subscribers to listen to unlimited streaming music for a flat monthly fee.

Meanwhile Apple has reportedly been planning to associate with major record labels to offer what could be like an exclusive album-release windows. By which the digital versions of the albums would go on sale ahead of the CD release.

Billboard quoted one major label source, "They are feeling out some people at labels on thoughts about transitioning its customers from iTunes proper to a streaming service. So when you buy a song for $1.29, and you put it in your library, iTunes might send an e-mail pointing out that for a total of, say, $8 a month you can access that song plus all the music in the iTunes store. It's all in the 'what if' stage."

A report earlier this month also said that Apple may spin off iTunes Radio into a standalone app, which is an attempt by the company to increase visibility and usage of its free music streaming service and make it more competitive with similar apps.
Comments