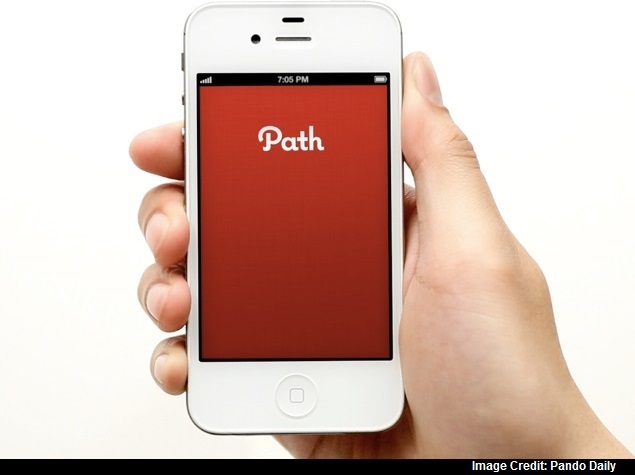 Apple is having a busy week with the company announcing the iPhone 6 and iPhone 6 Plus, alongside the Apple Watch wearable. The Cupertino-based giant also revealed its new digital payment mechanism called Apple Pay.

Now, a new report claims that Apple is planning an acquisition of social network Path and its apps. PandoDaily, citing a source claimed to be from Apple's engineering team, reports that the company is all set to announce an acquisition Path social service. The report quotes source, "It's almost done, if not signed already, but it's essentially a done deal." Unfortunately, the report does not reveal what Apple may be paying to acquire the company that develops the Path apps, Path and Path Talk.

Notably, the report also claims that Path's co-founder Dave Morin was sitting in the front row during Apple iPhone 6 and Watch launch event on Tuesday, further fuelling speculations about an acquisition. Apple is said to be considering integrating Path into the company's messaging or iMessage service.

The report also points out that Apple has been a fan of Path's iOS app and in the past, had used Path app in the company's previous keynotes and marketing materials.

For those unaware, Path is a mobile-focused social platform launched back in 2010 that offers users' options to share images and private texts, much like other major social platforms.

One of the prominent features of the Path Talk app is voice messaging, allowing users to send and receive voice messages. Messages sent in Path Talk are erased automatically from servers 24 hours after users' send them.

Path also had a few rough patches with Apple, as the social-sharing app had back in 2012 come under fire for accessing and uploading users' phone address books without their permission.

The Path social network is also accessible via Path and Path Talk apps for Android, and it will be interesting to see if Apple has any changes to make in this regard after the acquisition. No comment on the acquisition was made by either Apple or Path.

No comment on the acquisition was made by either Apple or Path. It's worth pointing out that Apple had tried its hands on social-networking with Ping, the music-centric social networking service. However, that never took off and Apple pulled the plug on the service in 2012.