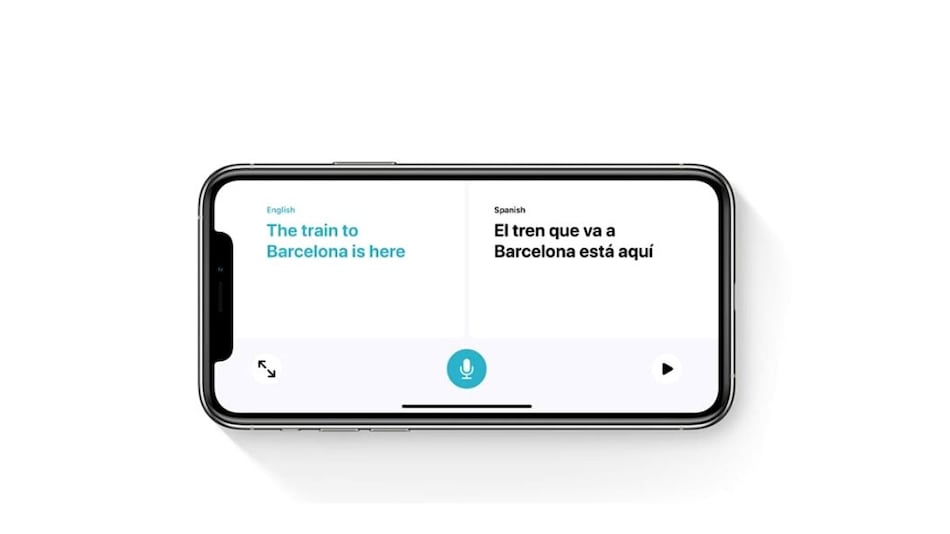 Apple has a new Translate app that will come with iOS 14, which was unveiled on Monday. The app offers side-by-side translations in two languages and comes with support for 11 languages. The Translate app by Apple also features an offline mode for voice and text translations. The Cupertino-based tech giant will hope to give stiff competition to Google's Translate app with this newly introduced app. iPhone and iPod touch users are slated to get the next-generation iOS update by the end of 2020.

According to Apple, the Translate app comes preloaded with the iOS 14, and it supports 11 languages including Arabic, Chinese, English, French, German, Italian, Japanese, Korean, Portuguese, Russian, and Spanish. The app also works in landscape mode on eligible iPhone models.

Users can use the in-app microphone for automatic language detection. Apple is calling the feature, Conversation mode, and it works for downloaded languages even when there's no Internet connection.

"Advanced on-device intelligence lets you translate your voice from one language to another. The app detects your language and provides the translated text and audio in the target language. Downloaded languages can be translated using voice even without an Internet connection," the company noted.

Additionally, Apple is giving the option to users to view history or save translated phrases as "favourites" within the app. The Translate app by Apple further has an inbuilt dictionary to allow users to see the definition of a word so that they stay on the platform. This feature can be used by simply tapping any word.

Similarly, Apple will allow iPad users to translate entire Web pages in Safari with the new iPadOS 14 update. The Safari browser will include a translate icon in the address field, which can be used to translate web pages. However, it will be limited to users in the US and Canada.

Apple is also overall improving Siri translation that can now support over 65 language pairs. Users in India can translate speech from English to Korean.

Both Siri and Translate app will likely get support for more languages with future updates. Apple introduced a host of new software updates during Monday's WWDC keynote.

Indiabulls Reportedly Breached by CLOP Ransomware, Given 24-Hour Deadline to Respond
Marvel’s Avengers Free on PS5, Xbox Series X if You Upgrade From PS4, Xbox One