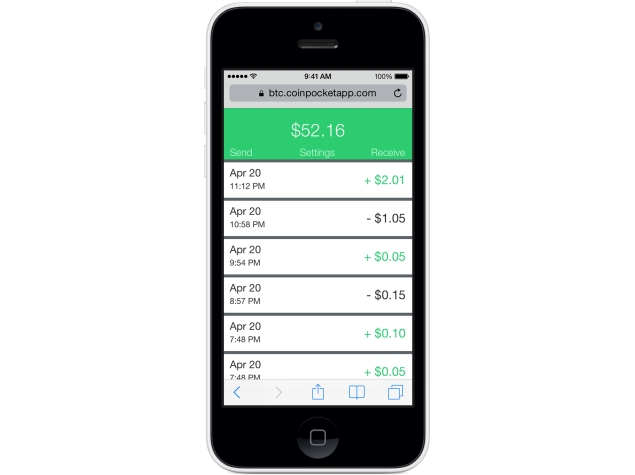 Apple had earlier this month announced that it will let software developers include virtual-currency transactions in their apps, which was expected to pave the way for new forms of money to appear on iPhones and iPads.

Now, finally utilising the policy shift of the Cupertino-based giant, the first Bitcoin wallet app has been re-launched on the App Store, named Coin Pocket.

The Next Web, citing CoinDesk reports that the Coin Pocket app will let iOS users send and receive Bitcoin. The app will even allow users to check the price, and collect private keys into a single spot. The app also has a QR code scanner and includes multiple sources for BTC (Bitcoin) to USD ($) conversion.

Apple earlier this month updated its App Store review guidelines regarding the Bitcoin and said, "Apps may facilitate transmission of approved virtual currencies provided that they do so in compliance with all state and federal laws for the territories in which the app functions."

The Coin Pocket Bitcoin wallet App Store listing clearly notes, "Check your state and federal laws on the transmission of Bitcoin or virtual currencies before using the send feature of this app."

Earlier, Apple removed Blockchain, a Bitcoin wallet app from its App Store without providing any reason as to why it took such a step. The Blockchain app was noted to be used by around 120,000 Apple users for transactions. The users can still run the application on iPhones and Macs, but will not be able to receive any software updates.

Prior to this, satellite TV operator Dish Network announced it would accept Bitcoin payments from customers from the third quarter, joining companies such as Overstock.com and Zynga in accepting the digital currency.