Google has “temporarily blocked access” to these apps from its Play store as a result of the interim order. 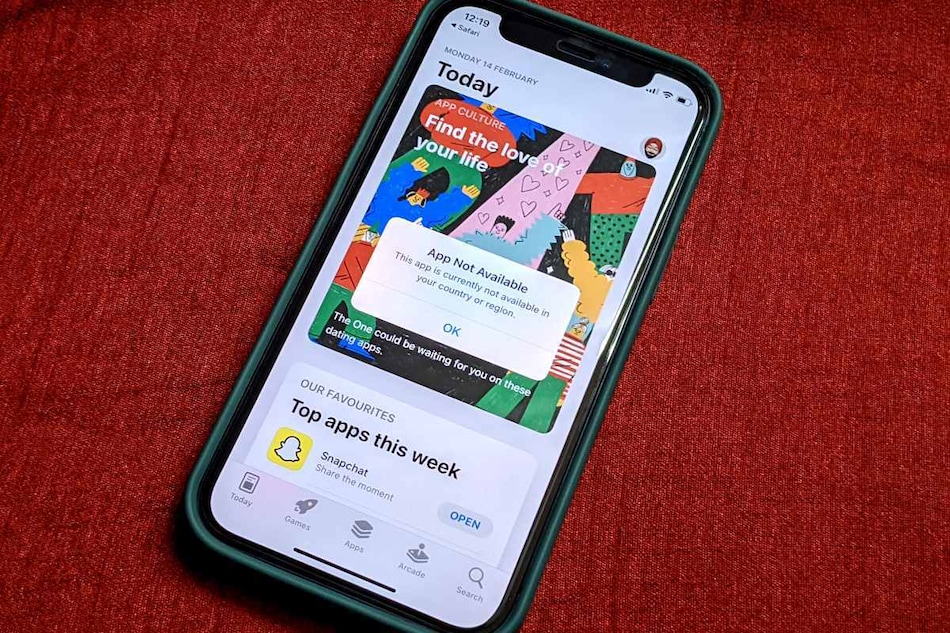 Government of India has ordered to ban 54 apps that have links to China and pose a threat to the country's security, according to people familiar with the development. The apps that would be banned include Garena Free Fire, Tencent's Xriver, and NetEase's Onmyoji Arena. So far, the government has blocked nearly 300 apps in the country since border tensions erupted with China in May 2020. Google has informed Gadgets 360 that it has “temporarily blocked access” to the apps in question from Google Play in the country as a result of the government order.

"These 54 apps allegedly obtain various critical permissions and collects sensitive user data. These collected real-time data are being misused and transmitted to servers located in hostile country," the government said in a statement. "In addition there are other serious concerns as some of these apps can carry out Espionage and Surveillance activities via camera/ mic, accessing fine location (GPS) and do malicious network activity similar to previously blocked apps. These apps were allegedly engaged in activities prejudicial to the sovereignty and integrity of the country also posing serious threat to Security of the State and defense of India."

Garena's popular battle royale game Free Fire is arguably the most popular app among the fresh batch, with over 184,700 ratings on App Store and over 105,501,450 on Google Play.

To bring the ban into force, the Ministry of Electronics and Information Technology (MeitY) has ordered Google and Apple to block access to the apps.

“On receipt of the interim order passed under Section 69A of the IT Act, following established process, we have notified the affected developers and have temporarily blocked access to the apps that remained available on the Play Store in India,” a Google spokesperson said in a prepared statement emailed to Gadgets 360.

Apple did not respond to a request for comment on the matter at the time of writing. However, the App Store in India is no longer giving access to any of the apps that are ordered to be banned in the country.

The ministry is imposing the ban under the provisions of Section 69A of the Information Technology Act, 2000. The section essentially grants the government the power to block public access of content through any computing devices.

This is notably not the first time when the government has banned certain China-origin apps in the country. It started in June 2020 when the IT ministry banned 59 apps that included TikTok, Shareit, UC Browser, and WeChat among other popular titles.

In July 2020, the government imposed a similar ban on about 47 apps that were mostly the clones or just some different versions of the already banned apps. That was followed by another order in which the government banned 118 apps and games that included PUBG Mobile and PUBG Mobile Lite.

The IT ministry in November 2020 continued the banning of China-linked apps by announcing 43 additional apps for its last blockage decision. That list included AliExpress, CamCard, and Taobao Live.

As a result of the banning of over 267 apps in the country, Chinese companies including ByteDance and Tencent have contracted their businesses and employee base in the country. Experts, though, do not see any major impact of these bans.

“Whether 59 apps are banned or 118, all this underscores how technology and geopolitical matters are becoming two strands of a braid,” Technology Lawyer and Founder of legal advocacy group Slfc.in Mishi Choudhary told Gadgets 360.

Apar Gupta, Executive Director of digital rights organisation Internet Freedom Foundation (IFF), had also noted that the government had not provided any evidence on how the apps in question could be harmful to users.

Garena has released a brief statement in response to the development: "We are aware that Free Fire is currently unavailable in the Google Play and iOS app stores in India and that the game is currently not operable for some users in the country. We are working to address this situation, and we apologize to our users for any inconvenience."