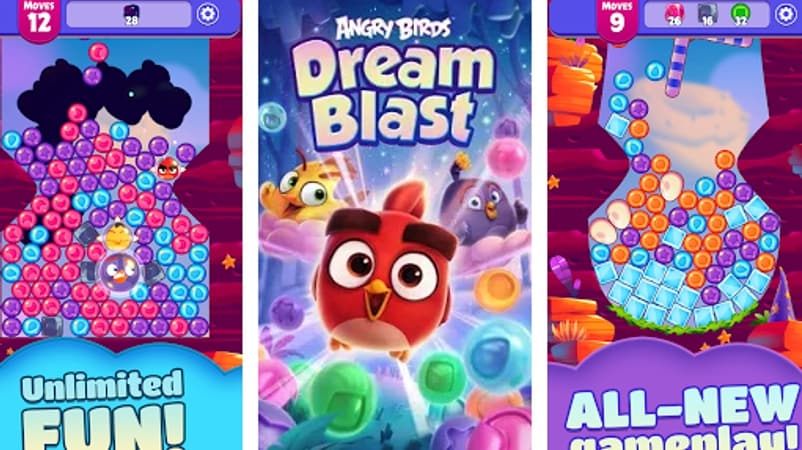 Although the talk of the mobile gaming world these days revolves around PUBG Mobile and Fortnite, there have been some other hit games and game franchises that have been a big deal in the past. One of these is Angry Birds, developed by Finnish developer Rovio Entertainment. The company released the first Angry Birds title back in December 2009, and has since released numerous games, movies, toys and even a theme park based on the franchise and its characters. It seems we aren't done with Angry Birds yet, as Rovio Entertainment has just launched a new title for Android and iOS called Angry Birds Dream Blast.

The game is available to download onto compatible devices now through the App Store and Google Play. It's free to play, but there are plenty of options for in-app purchases of in-game currency and special upgrades, with prices ranging from Rs. 70 to Rs. 7,200 per item on Android devices.

In terms of gameplay, it's a classic bubble-pop game, but with some variations that integrate the popular bird and pig characters of the franchise. It's entirely unlike the original Angry Birds, which is a physics-based puzzle game that involves ‘flinging' birds at structures to bring down the pigs. Rovio's franchise has had various gameplay styles integrated through numerous games.

The original Angry Birds game was released nearly ten years ago, and has also seen game released with popular movie franchises such as Rio, Transformers and Star Wars. There has also been a movie released around the game, with a sequel scheduled to be released this year. Finnish developer Rovio is heavily dependent on the Angry Birds franchise for revenues, and stated that it needs new games to revitalise sales.