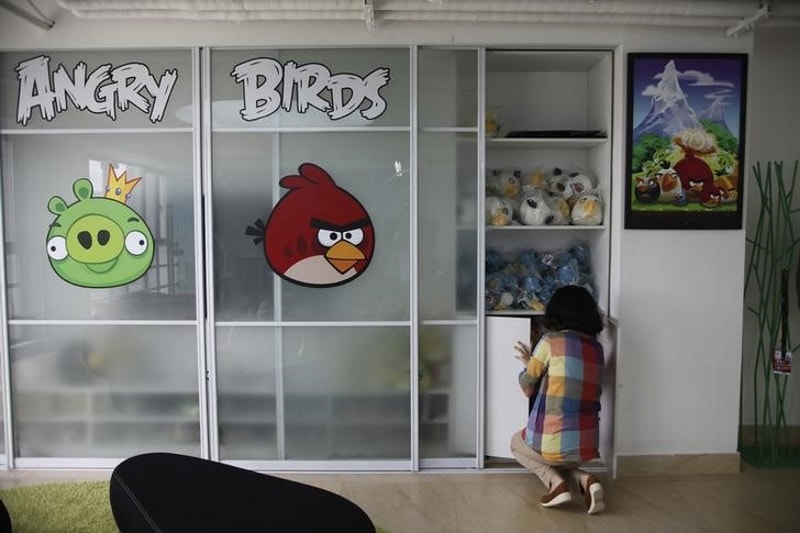 Angry Birds maker Rovio said on Friday its head of games was leaving, a week after the Finnish company issued a profit warning that sent its shares plunging 50 percent.

"It's time to pass the hoodie and move on," Wilhelm Taht said in a statement, without giving reasons for his departure.

The mobile games maker said Taht was leaving with immediate effect for personal reasons and Chief Executive Kati Levoranta would assume his position for the time being.

Rovio shares, which debuted at EUR 11.50 (approximately Rs. 920) apiece in September, fell a further 10 percent to a new low of EUR 4.30 (roughly Rs. 340) as the company gave new financial details that some analysts said were worse than expected, even after the profit warning.

In Friday's full financial report, Rovio said its brand licensing revenues would decline 40 percent due to waning income from its 3D Hollywood movie launched in 2016.

"That implicitly puts the games unit in a worse position than the market thought ... It gives a range of 7 percent decline to 9 percent growth (for the games unit)," said SEB Equities analyst Mathias Lundberg, who has a "hold" rating on the stock.

Rovio blamed tough competition and higher marketing costs for the worsening outlook, but said it still expected growth in the long term.

"Competition in the market intensified a lot during the fall ... but our business fundamentals are healthy, looking forward," CEO Levoranta told a news conference.

She added Rovio was closing its game studio in London, which employs seven people, and focusing on studios in Finland and Sweden.

SEB Equities' Lundberg said Rovio's report showed the number of paying players of the company's five most popular games declining sequentially for a second quarter in a row.

"There's more uncertainty now ... The management needs to restore trust and confidence in the company," he said.

It saw rapid growth after the 2009 launch of the original "Angry Birds" game, in which players use slingshots to attack pigs that steel birds' eggs.

It then plunged to an operating loss and cut a third of its staff in 2015 due to tough competition, but bounced back when the Angry Birds movie earned $350 million (approximately Rs. 2,282 crores) at the box office and boosted game sales, helping the company to achieve a $1 billion (roughly Rs. 6,500 crores) valuation in its initial public offering.

Next year, Rovio is expecting help from a movie sequel.