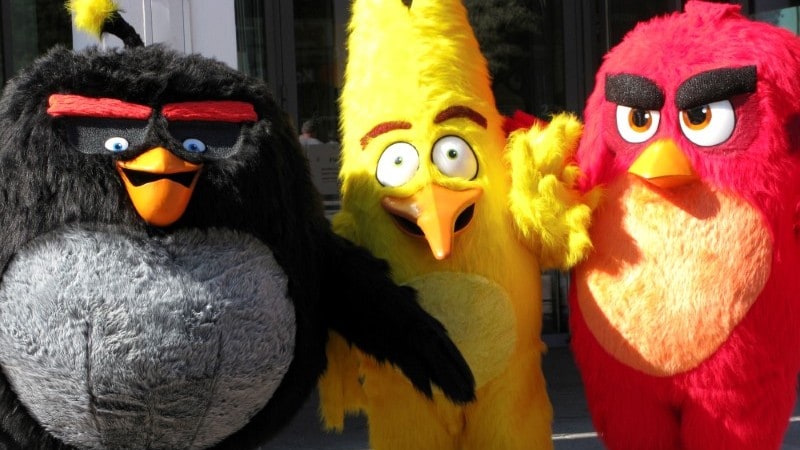 Angry Birds game maker Rovio Entertainment warned on profits on Thursday, wiping more than a third off the Finnish firm's stock price amid deepening doubts about its valuation.

Investors in the company behind the Angry Birds games and movie franchise have had a rocky ride since last year's initial public offering of Rovio, which blamed increased marketing costs and other investments for the lower profit outlook.

Rovio forecast its 2018 operating margin at 9-11 percent versus 10.6 percent in 2017 and said it expected sales of EUR 260-300 million versus 297 million last year. This was below analysts' forecasts of a margin of 14.5 percent and sales of EUR 336 million, according to Thomson Reuters data.

Rovio saw rapid growth after the 2009 launch of the original Angry Birds game, in which players used slingshots to attack pigs who stole birds' eggs. But the company plunged to an operating loss and cut a third of its staff in 2015 due to tough competition and a shift to games available for free.

Shares in Rovio were down 39 percent to EUR 6.07 by 0850 GMT. In November, the stock dropped by about 20 percent after Rovio's first interim report as a listed company.

He said expectations may have been too high at the time of Rovio's listing, which valued it at EUR $1 billion (roughly Rs. 8,000 crores).

"The mobile game industry is very hot, it is believed that there's a lot of growth ahead. But the sector may be overinvesting at the moment," Riikola, does not have a rating for Rovio stock, said.

Rovio had bounced back in 2016 with a help of its 3D Angry Birds movie for which it is planning a sequel. Its game titles now include Angry Birds 2, Angry Birds Blast, Angry Birds Friends and Battle Bay.

Fourth-quarter operating profit at Rovio more than doubled to EUR 10.4 million on revenue up 17 percent to EUR 73.9 million ($90.6 million). The company is due to publish its full interim results on March 2.