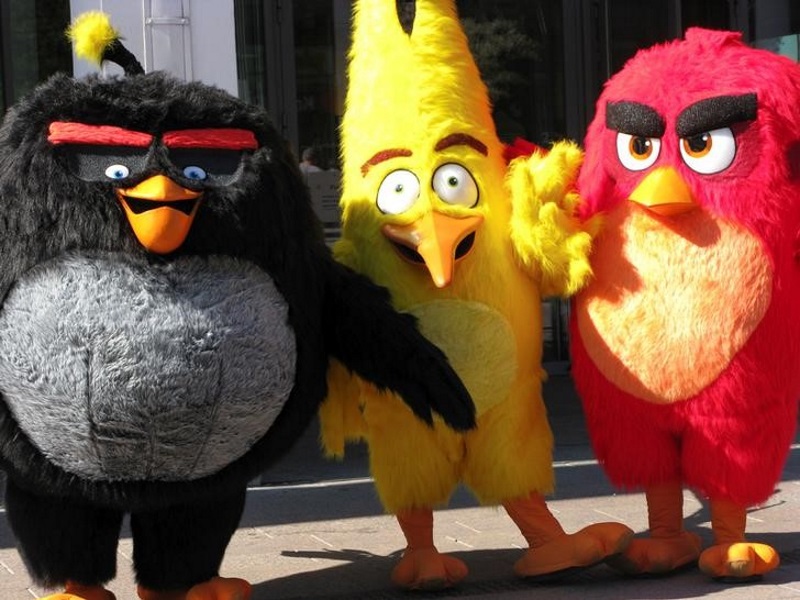 Finnish smartphone games maker Rovio Entertainment Ltd is hoping to revive the cool of its widely-known but aging Angry Birds franchise with an animated 3D Hollywood film financed out of its own pocket.

The original Angry Birds, launched in 2009, remains the top paid mobile app of all time. But its creator's fortunes have dwindled after it failed to create new hit games; last year Rovio cut a third of its staff, hived off non-core businesses and booked a nearly $15 million (roughly Rs. 100 crores) annual loss.

Now the company is pinning its hopes on "The Angry Birds Movie", which premiered this week in France and French-speaking Belgium.

"The whole (movie) project will have a positive impact on all of our business operations," Rovio CEO Kati Levoranta told Reuters, adding that the company was expecting to return to profits this year.

"It's a question of risk and reward, but it's also about creative control," Mikael Hed, executive producer and chairman of wholly owned subsidiary Rovio Animation co, told Reuters. "The one who pays the bill gets to decide what's in the movie."

The movie expands on the origin story of what made the birds so angry that green pigs had stolen the birds' eggs. The characters may have a fresh look, but for its legions of fans, it has plenty of references to the original game where players use a slingshot to fire angry bird bombs at the pigs.

The movie was directed by veteran animators Clay Kaytis and Fergal Reilly, known for their work with Disney and Sony Pictures, respectively. The voice-over cast features Sean Penn and 'Game of Thrones' star Peter Dinklage.

Rovio launched a movie-based Angry Birds Action! game sequel in April and has signed up promotional deals with the likes of McDonald's and Hennes & Mauritz.

Sony Pictures is handling the movie's marketing and distribution.

"The challenge for the movie will be to see how loyal those original fans are and whether the movie can bring in new fans to both the movie, and then back to the games," said analyst Jack Kent from research firm IHS Technology.

"I think Rovio needs to look at alternate properties in order to secure its future," said Steve Bailey, another IHS analyst. "The company can't depend on Angry Birds for much longer."

While many companies have created games out of movies, the reverse approach is less common, outside of a handful of examples like the Lara Croft Tomb Raider franchise last decade.

A movie based on PlayStation console game Ratchet & Clank has performed below expectations at the box office since its release in April.

"The Lego Movie", linked to the 83-year-old line of plastic bricks, however, was a big success in 2014 and helped revive its toy sales.

Movie tracking site box office.com forecast "The Angry Birds Movie" to score $43 million in weekend after its US opening on May 20, noting that the film is the only fully animated film scheduled to be released this month.

Rovio won't say what its own expectations are but it is also counting on the release to boost its licensing and merchandising business through a string of new deals with companies including toymakers Lego and Hasbro, and Chinese ecommerce giant Alibaba.